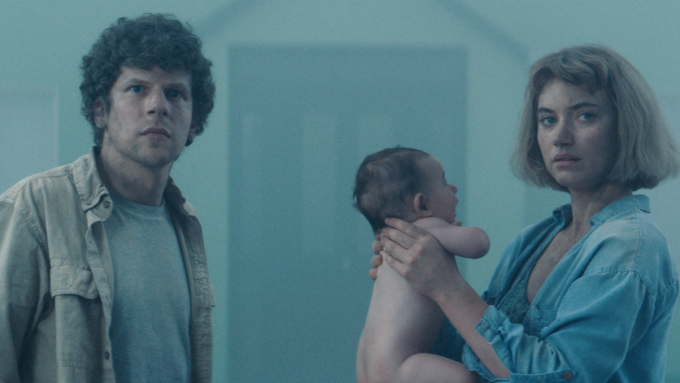 EXCLUSIVE: Jesse Eisenberg and Imogen Poots star in Vivarium, Lorcan Finnegan’s eerie sci-fi pic that is gearing up for its world premiere Saturday in competition in the Critics’ Week section of the Cannes Film Festival. Deadline has the first look at the film from Finnegan, the Irish helmer who already has genre cred thanks his 2016 horror Without Name which bowed at Toronto.

Garret Shanley’s script for Vivarium centers on a young couple in search of a starter home who follow a mysterious real estate agent (Jonathan Aris in full creepy mode, per the clip above) and get trapped in a strange housing development.

XYZ Films is handling world sales this week at the Cannes film market for the Ireland-Belgium-Denmark co-production, with CAA repping domestic.