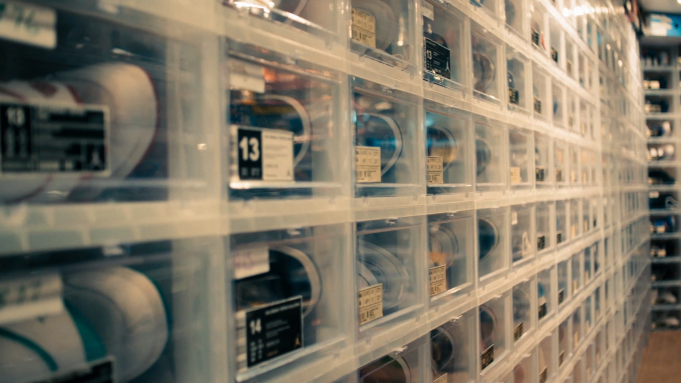 Vice TV has dropped the trailer for One Man and His Shoes, a documentary about the significance of the Air Jordan sneaker — not a bad time to launch a Michael Jordan-inspired project.

The two-hour doc, which will launch May 25 at 8 PM, tells the story of the social, cultural and racial significance of the sneaker line. It comes on the back of the success of The Last Dance, which just finished airing on ESPN.

One Man and His Shoes will explore the marketing that built a multibillion-dollar business and the dark side of greed and teen murder that ownership of the sneakers spawned. Using a mix of archival footage and graphic animation, the film features interviews with Michael Jordan’s former agent David Falk, former NBA commissioner David J Stern, scout Sonny Vaccaro, original designer Peter Moore, Nike marketing and advertising executives, and journalists who reported first-hand on sneaker crimes. The documentary also features an interview with Dazie Williams, whose son was killed over a pair of Air Jordans.

Christo Hird, James Ramkoleea and Caroline Stern exec produce with Will Thorne as producer, director Yemi Bamiro and Michael Marden as co-producer. Titles and animation are by Will Newell. Catherine Whyte is EVP, Head of Production and Tara Nadolny is manager of development for Vice.

“I’ve been fascinated with this story for so long and have always wanted to examine it beyond the realms of just ‘sneaker culture.’ It’s so much more than that,” said Bamiro. “This is a remarkable story about the incredible power of marketing, sports and celebrity culture. I’m excited that people are getting the chance to see this film, which has been a labour of love for so many years.”

“Nike’s Air Jordan sneaker transcends sports and fashion and stands as one of America’s most successful examples of marketing; it changed the game of sneaker culture and beyond,” added Morgan Hertzan, EVP and General Manager, Vice Television. “Yemi has so skillfully told the full story of this iconic shoe and everything it means to our society, including the greed and violence that comes with it.”