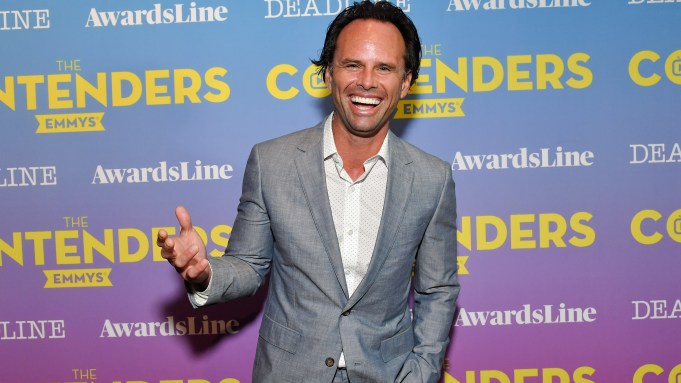 Starring alongside Danny McBride in Vice Principals, Walton Goggins’ journey towards the HBO comedy series began years earlier with a nerve-wracking audition for McBride’s previous HBO comedy Eastbound & Down. “I had braces at the time, and I walked in, and it was me and five comedians from Saturday Night Live. And I just thought, ‘Well, that’s never going to happen—ever,’ ” Goggins recalled, speaking recently at Deadline’s The Contenders Emmys event.

The story of an unlikely friendship between two cutthroat, entirely inappropriate high school vice principals—each vying for the coveted position of principal—the series was a chance for Goggins, an actor of serious pedigree, to flex his comedic chops. He landed the role, which led him to his first Critics’ Choice Award.

“I think for every actor, you look around at the landscape of other actors, and you think, ‘God, I would love to work with him, or with her, and given an opportunity, I think something special could happen,'” Goggins said. He said he found that with McBride along with McBride’s regular collaborator Jody Hill.

Vice Principals was an interesting artistic experiment in that it was always intended to be short-lived, with each of its two seasons shot back-to-back. For Goggins, the experience of “making art in a vacuum” couldn’t have been more satisfying. “To be in a filterless chasm, if you will, it was extremely liberating,” he said. “It was the first time that I had ever done that.”