Continue to Deadline SKIP AD
You will be redirected back to your article in seconds
Skip to main content
June 14, 2019 11:10am 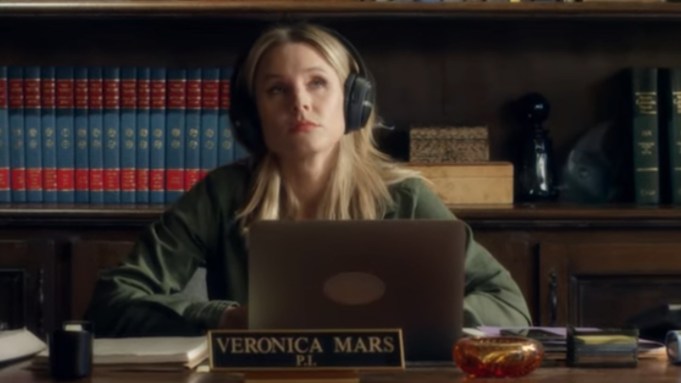 “I spent my first 19 years trying to escape my hometown. Made it out, then after a decade away, decided it needed me, and I needed it,” says Kristen Bell’s Veronica Mars at the opening of the official trailer, setting up the premise for Hulu’s revival.

In the revival from original series creator Rob Thomas, spring breakers are getting murdered in Neptune, thereby decimating the seaside town’s lifeblood tourist industry. After Mars Investigations is hired by the family of one of the victims to find their son’s killer, Veronica (Bell) is drawn into an epic eight-episode mystery that pits the enclave’s wealthy elites, who would rather put an end to the month-long bacchanalia, against a working class that relies on the cash influx that comes with being the West Coast’s answer to Daytona Beach.

The reboot returns stars Bell, Enrico Colantoni and Jason Dohring to the series that ran for three seasons on UPN and the CW from 2004-07. Newcomers for the revival include J.K. Simmons, Dawnn Lewis Patton Oswalt, Clifton Collins Jr.and Izabela Vidovic.

The entire Season 4 of Veronica Mars is set to launch July 24 on Hulu.