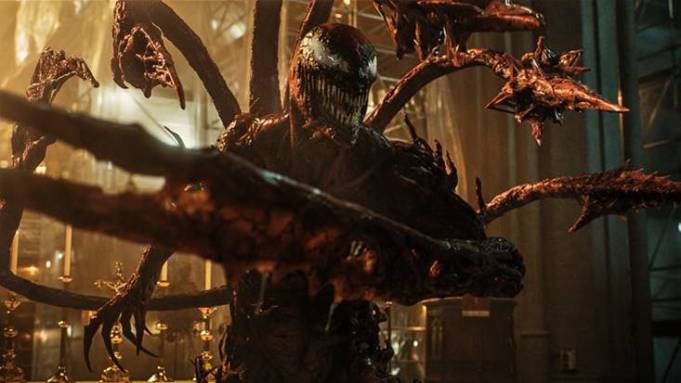 Sony has just dropped a new trailer for its Marvel Spider-Man spinoff sequel Venom: Let There Be Carnage. The original movie grossed $856 million wordwide in 2018. Sony is likely hoping for a similarly ferocious feast when the film hits theaters; it’s currently scheduled for September 24.

While we caught a glimpse of Carnage at the end of the first movie and saw more of him in the first trailer, this footage fills in the relationship between Woody Harrelson’s serial killer villain Cletus Kasady — aka Carnage — and Tom Hardy’s Eddie Brock — aka Venom.

Apparently Kasady acquires his powers from Brock when both cross paths at the maximum-security Ravencroft Institute.

“I’ve been thinking about you Eddie. Because you and I are the same. Every decision you’ve ever made — who do we leave behind and how do we leave them?” says Harrelson’s Kasady to Hardy’s Brock in the trailer.

‘Venom: Let There Be Carnage’ Review: Tom Hardy And Woody Harrelson In Fierce Battle With Their Innermost Symbiotes

One big difference between the two characters: The trailer shows Brock trying to rein in his horrific alter ego — to comedic effect — while Kasady unleashes his. This, of course, sets up a showdown that has Brock pleading with the newly tame-ish Venom to emerge and confront Carnage. His inducement? “I will let you eat everybody!”

Click on the video above to see the new trailer.