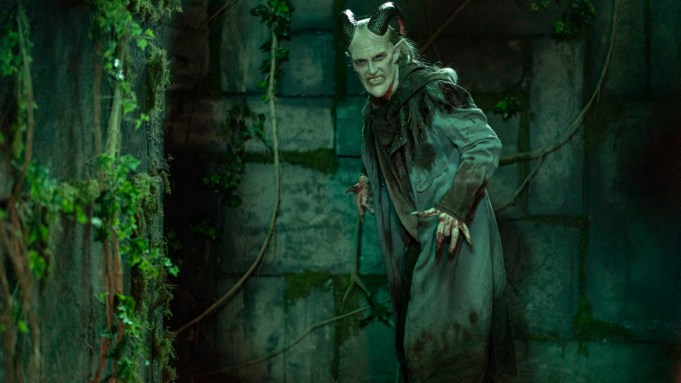 Helfer is playing Dracula in the new season, but the roles of King and Munoz had been so far undisclosed. That news was revealed during the panel – Munoz will play Jack and King will portray Violet, the daughter of Neal McDonough’s Boss.

Van Helsing is set in a world dominated and controlled by vampires. Season four continues the story of Vanessa Van Helsing and her band of heroes as they fight to reclaim the world after vampires took over during ‘The Rising’. The series will delve deeper into the iconic lore of the vampires and their ultimate goals for this world. New villains will rise along with unexpected heroes joining the fight. Kelly Overton, Jonathan Scarfe, Christopher Heyerdahl, Neal McDonough, Tricia Helfer, Vincent Gale, Rukiya Bernard, Jennifer Cheon Garcia, Keeya King, Nicole Munoz, Richard Harmon and Aleks Paunovic also star.

The 13-episode, hour-long drama will return this fall on Syfy. The series airs on Syfy in the U.S., on SuperEcran in Quebec, Canada and globally on Netflix.