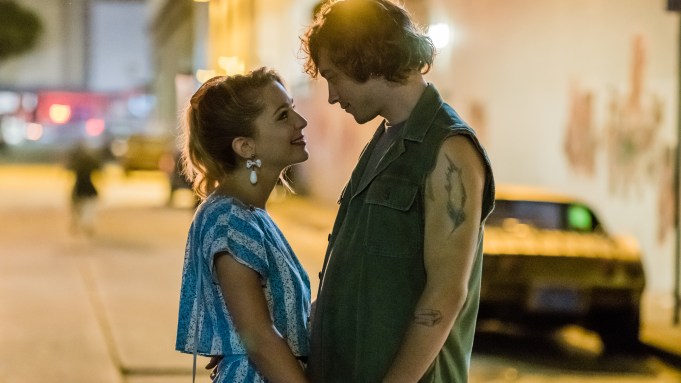 After some fits and starts, MGM and Orion Classics have set a May 8 digital release date for Valley Girl, the musical remake take on the 1980s cult hit. The update, starring Jessica Rothe and Poldark‘s Josh Whitehouse, most recently had a June 2018 theatrical release date, after the project was originally announced back in 2012. MGM began priming the pump this week by releasing the original 1983 teen comedy across all digital platforms for the first time ever.

Like the original, Roth’s Julie is the ultimate ’80s Valley girl who falls for Randy (Whitehouse), the Sunset Strip rocker portrayed in the first pic by Nicolas Cage. Despite push-back from friends and family amid the culture clash, Julie must break out of the safety of her world to follow her heart. Rachel Lee Goldenberg directs the script from Amy Talkington.

The plot is told in colorful flashbacks with an older Julie (Alicia Silverstone) recounting to her daughter (Camila Morrone) about her own high school years — lots of colorful dancing in malls ensues (though seemingly less gagging on spoons) amid the tale of Julie’s star-crossed love affair with Randy.