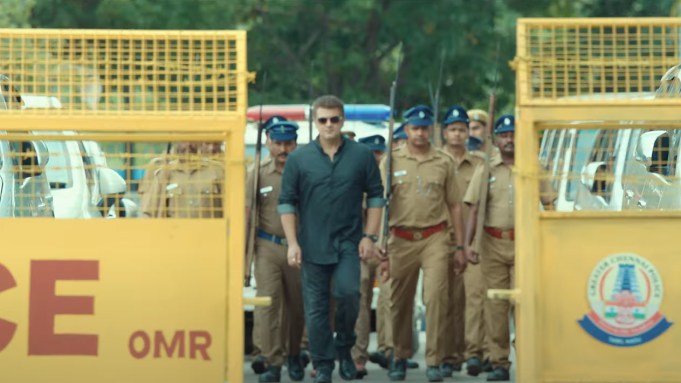 We’re getting the first look at the anticipated Indian film Valimai, starring Ajith Kumar. Huma Qureshi and Kartikeya Gummakonda co-star in the thriller produced by Boney Kapoor and his Bayview Projects and Zee Studios.

The action-packed trailer with English subtitles opens with a chase sequence, with Kumar and Qureshi hot on the trail of a rogue motorcycle gang. You’ll see some wild, elaborate bike stunts throughout. Gummakonda is leader of the gang, which appears indestructible until they encounter the police officer played by Kumar.

The Tamil-language film marks the second collaboration between Kumar, Vinoth and Kapoor following 2019’s Nerkonda Paarvai, in which Kumar starred.

Valimai, announced in late 2019, was scheduled to be released in 2020, but was put on hold because of the Covid-19 pandemic.

Valimai is set to be released on January 14, 2022, during the Pongal holiday frame.