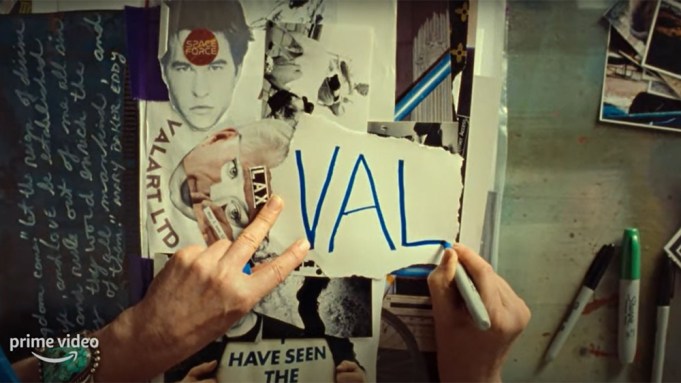 Val Kilmer’s been around awhile — a fact reflected in this first film’s villains being East German. The new documentary Val takes the actor full circle, from home movies he made as a kid through international movie stardom to having to use a voice box to communicate. Watch the docu’s new trailer above.

“My name is Val Kilmer,” he says in the trailer (elsewhere, his lines are read by son Jack Kilmer). “I’m an actor. I’ve lived a magical life.” A little later, he adds: “I was recently diagnosed with throat cancer. I’m still recovering, and it is difficult to talk and be understood. But I want to tell my story more than ever.”

He adds later: “It’s a story about my life, but it’s also not my life.”

From directors Leo Scott and Ting Poo, Val comes from “thousands of hours” of footage Kilmer has amassed throughout his career and life from videotapes he made with his brothers to time spent in iconic roles is such hit movies as Top Gun, The Doors, Tombstone and Batman Forever.

If you’re thinking that’s a small sample size for Kilmer’s body of work, you’re not alone. It might be easy to forget that he started with the 1984 spy spoof Top Secret! — from Airplane! filmmakers Jim Abrahams, David Zucker and Jerry Zucker — and went on to make Real Genius, Willow, True Romance, Heat, The Island of Dr. Moreau, The Ghost and the Darkness, The Saint, Mindhunters and many more.