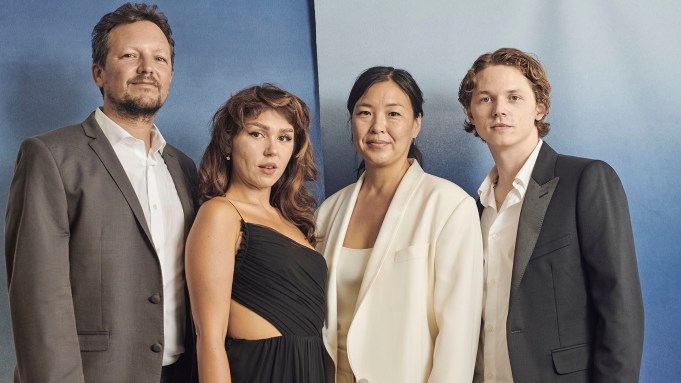 Val Kilmer’s children, Jack and Mercedes, arrived at Deadline’s Cannes Studio yesterday with the directors and producers of a new documentary about their father’s life, Val, which premiered at Cannes this week. The film, by Leo Scott and Ting Poo, is comprised of a lifetime of videotapes Kilmer shot documenting his life and career.

Among the film’s highlights for movie lovers, Val includes footage shot by Kilmer in his trailer on Top Gun, and while fighting with John Frankenheimer on The Island of Dr. Moreau. But the movie is also an intimate and touching look at Kilmer’s personal life and path through cinema, from his youth, and the loss of his beloved brother Wesley at 15, through to his treatment and painful recovery from a throat cancer diagnosis in 2015.

The movie is narrated in Kilmer’s own words by his son Jack, and the actor took a keen creative role in shaping the final product, Scott and Poo said.

“We had the camera around all the time, with dad taking photos and videos,” said Jack Kilmer. “We never saw any of the footage. He just would keep creating, boxes and boxes. At a certain point we said, ‘This is enough, what are all these tapes doing?’ They all accumulated in this vault that Leo spent years going through.”

“We used to get so annoyed with him filming us all the time,” added Mercedes. “And then I remember getting to be about 12 and realizing what he does and being like, ‘Oh, he’s a filmmaker.'”

Watch more from the team behind Val in the video above.