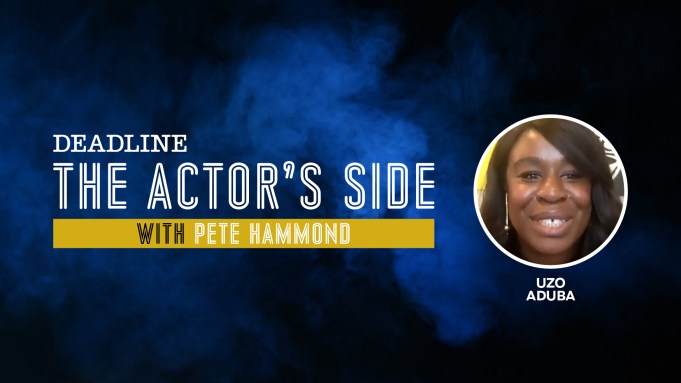 I don’t think you will get much argument that Uzo Aduba is an Emmy magnet — and deserves to be. She already has three of the winged statuettes at home and is vying for a fourth this year, and what is really impressive is that they are all in different categories. Very few people in the history of the Emmys have done that.

Aduba won her first in 2014 as Guest Actress in a Comedy Series for her acclaimed role as Suzanne “Crazy Eyes” Warren in Orange Is the New Black. She came back the next year and won again, this time as Supporting Actress in a Drama Series for the Netflix show that also brought her five SAG awards. Last year, she took Supporting Actress in a Limited Series or Movie for her role as Shirley Chisholm in FX’s Mrs. America, the only actor from that sterling ensemble to land the gold.

This year she is nominated in yet another category, her first for Lead Actress in a Drama Series, for HBO’s reboot of In Treatment, taking on the key role of the therapist first made famous by Gabriel Byrne. In her complex turn as Dr. Brooke Lawrence she not only serves as a calm voice for numerous patients, but she also has her own bag of troubles in her private life. It makes this quite a juicy role to play, one that could bring her another Emmy come September.

Aduba joined me for this week’s episode of my Deadline video series The Actor’s Side to talk about In Treatment, why Emmy voters seem to love her, her own history of therapy, shooting the show during Covid, and so much more. We also talk about how she had decided to quit acting in 2012 just before learning she had landed the role of Crazy Eyes. Obviously, everything changed.

To watch our conversation and get the actor’s side of things from Uzo Aduba, click on the video above.

Check out a new episode of The Actor’s Side every Wednesday during Emmy season. And next week you actually get two. On Monday, Anya Taylor-Joy, nominated for Lead Actress in a Limited Series or Movie for The Queen’s Gambit, joins me. On Wednesday it’s Kenan Thompson, up for two Emmys, one for his new sitcom Kenan and one for his 18th season on Saturday Night Live.