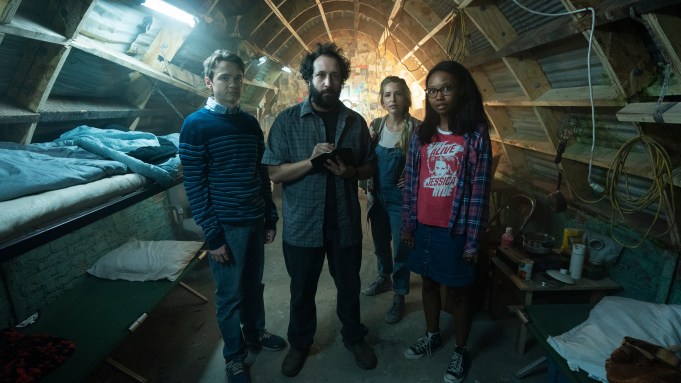 Utopia, written and executive produced by Gillian Flynn, will hit the streaming platform on September 25. The show, inspired by a British series of the same name, follows a group of comic book fans hoping to avoid the end of humanity after finding clues about world destruction and biological warfare hidden in the pages of the titular series.

“We can fight it, we’d just be going into the bell of the beast, practically begging to be slaughtered,” Rainn Wilson, who plays the show’s Dr. Michael Stearns.