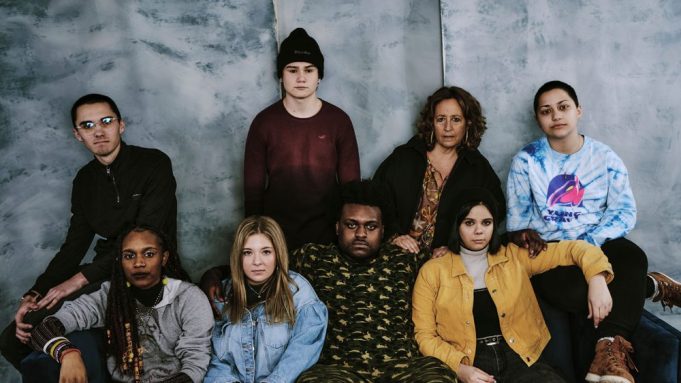 Filmmaker Kim A. Snyder said that after what happened in Newtown she didn’t want to do another film about gun violence. But when she heard of the tragic shooting Marjory Stoneman Douglas High School in Parkland, Florida, she found herself there with her camera.

“I just thought…maybe I’m supposed to be to do this,” Snyder said in the Deadline studio at Sundance. She pointed out that her docu Newtown did a good job of representing suffer and loss and the adult population. “I thought that the nation wasn’t really understanding the fallout of traumatized youth all over in inner cities,” she added.

That said, she” decided to do something very different through the lens of youth that was more about rage, inaction, frustration and doing something about it.” She said, “It’s a very different kind of impetus start and intention from Newtown.”

Snyder was joined in the studio by the film’s subjects Emma Gonzalez, David Hogg, Jackie Corin, Bria Smith, Samantha Fuentes and Alex King. The six of them talked passionately about the need for activism and being taken seriously as kids.

“We can laugh, we can find spaces where we want to be like alone because the world expects so much from like young people, especially in activism because you have to always fit a weird narrative created by adults, but narrative to be created by ourselves, right from the kids and people who are entering these platform spaces and speaking against injustices that affect them,” said Smith.

In regards to activism, Gonzalez added, “You grow up and you think this is just the way that it is because that’s the way that it’s always been and you don’t think that you have an option to change it.” She continued, “We like woke up and were like, fuck this is, we can, we can say fuck this every single day we can wake up and say, fuck that. I don’t like this. I want to move my chair over there.”

“I think this movie also can teach people and we can use it as an educational tool to show people the violence that does occur around the country every single day,” said Corin.