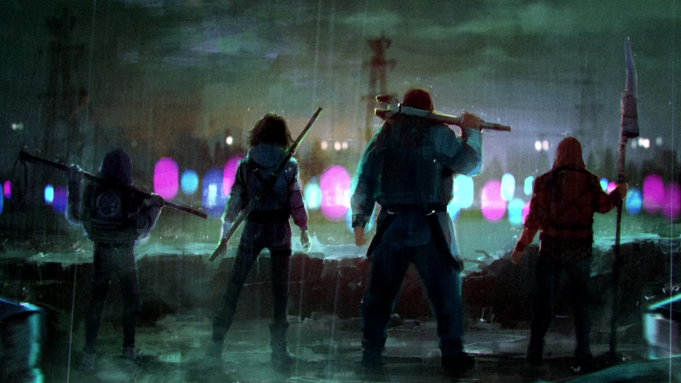 The Walking Dead universe is expanding in ways that we don’t know. In a new teaser trailer for the yet-to-be-titled third series for the AMC franchise, fresh faces say there have been things going on in The Walking Dead Universe since the very start of the story.

The new teaser for the series which debuts the spring of 2020 features series actors Nicolas Cantu, Aliyah Royale, Hal Cumpston and Alexa Mansour giving a veiled description as to what the new series will be about. This is cut with concept art that features post-apocalyptic renderings of The Walking Dead universe and their characters. We also get to see some art of zombies, of course.

The untitled third series will focus on the first generation to come of age in the apocalypse as we know it. Some will become heroes. Some will become villains. In the end, all of them will be changed forever. Grown-up and cemented in their identities, both good and bad. Jordan Vogt-Roberts (You’re the Worst, Kong: Skull Island) will direct the series co-created by Scott Gimple and The Walking Dead veteran writer and producer Matt Negrete, who will serve as the new series’ showrunner.

Produced and distributed by AMC Studios, the yet-untitled series will premiere on AMC in the spring.