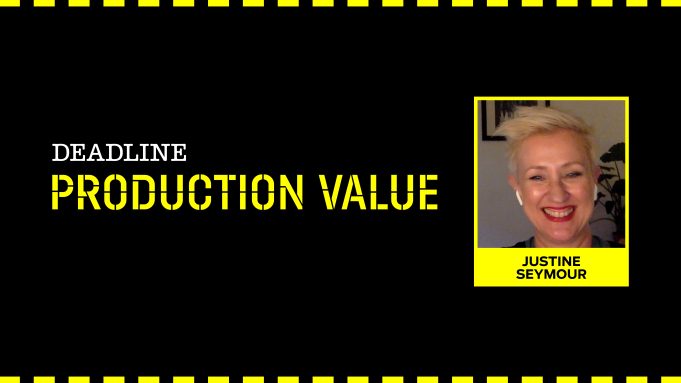 With Netflix’s Unorthodox, Justine Seymour visually juxtaposed two remarkably different worlds through costume, looking to approach a very personal story, and one quite private community, with the utmost respect.

Based on a memoir by Deborah Feldman, Anna Winger’s miniseries centers on Esty, a 19-year-old Jewish woman who tires of her arranged marriage, and the ultra-Orthodox community in Williamsburg, Brooklyn, in which she was raised, running away to Berlin to start a new life.

Heading into the series, Seymour had a pretty clear sense of the broad strokes, in terms of the aesthetics she’d present for Williamsburg and Berlin—the world that closed in upon Esty, and the one that opened her up. “The Williamsburg was very strict. All of the clothing is modest; everyone adheres to a dress code,” she explains, in the latest installment of Deadline’s Production Value video series. “Berlin…of course was contrasting it to be very vibrant, youthful, summer. Lots of outdoors and bright colors, and flowing clothes, and clothes that revealed your body, and basically didn’t seem to have much of a care in the world.”

In contemplating the Williamsburg side to Esty’s story, and her visual approach to the Satmar community, Seymour knew she was stepping into “sensitive territory,” and that she should take care in doing so. “Any religion needs to be respected because they’re people’s choice of their thought process,” she says. “So I really wanted to make it as realistic as possible, but I also wanted to heighten it and make it an individual journey for each character.”

With costumes stemming from the world of the Satmar, there was also a great deal of detail to pay attention to, and to incorporate into her designs. Fortunately, Seymour and her fellow crewmembers had the opportunity to travel to Williamsburg for a week of intensive research, prior to the shoot, to educate themselves in depth on their subject. “We spent the time just going through Williamsburg, through the community, talking to whoever would talk to us,” the costume designer recalls. “So, I gathered a lot of knowledge before I even started to design the show.”

For Seymour, there were a number of takeaways about the community’s dress code that emerged from this trip. “The women wear very thick, heavy tights with a big seam up the back, so that you are aware of the fact that you’re looking at fabric, as opposed to flesh,” she explains. “The skirt length is very specific. Everything is dictated, so with the Williamsburg clothing, I adhered to all of those rules to the best of my ability, and I really tried to make the women look quite beautiful within that framework.”

With the character of Esty, Seymour hoped to emphasize youthfulness, as well as the evolution she goes through, in her journey overseas. The challenge in the latter case was to make her arc feel gradual, and therefore, authentic. “In Williamsburg, I had [her in] a green dress and an orange dress, and then there was quite a lot of blue. When she goes to her new life, I wanted to pull the threads through from the Williamsburg that I had set up visually, and so I repeated a few of those colors,” she says. “By doing that, it just lets the audience, on a subliminal level, know that she is pulling away, but she’s not pulling away terribly quickly.”

Earning her first Emmy nomination this year, two decades into her career as a costume designer, Seymour’s interest in costumes came to her at an early age. “My very earliest memory of designing was when I made my first clothes for my dolls. I learned how to sew on a little hand-rotating machine,” she recalls. “Then, I graduated to making my sister, who was two years old, a dress by the time I was 10—and when I was 13, I was making nearly all of my own clothes.”

What Seymour finds most enjoyable about her job is all of the research involved, and the fact that she is learning new things everyday. “I like moving around the world and experiencing new cities, and I think when you work in a new city, you sort of get in there in the grassroots. I go to markets, I go to secondhand shops, and I’m right there in with people that I would never normally get to converse with, or be so close to,” she says. “It’s really fascinating and it’s challenging, and I really love the challenge of my job.”

For more from our conversation with Seymour about the Emmy-nominated Netflix series, click on the video above.