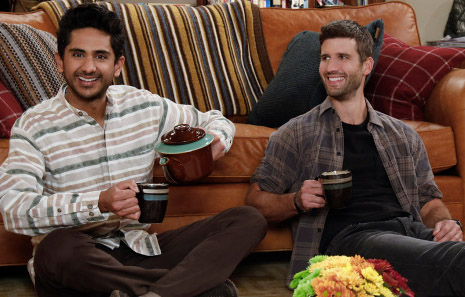 Created by Goetsch and Ferrari, United States Of Al revolves around the friendship between Riley (Young), a Marine combat veteran struggling to readjust to civilian life in Ohio, and Awalmir (“Al”) (Kalyan), the interpreter who served with his unit in Afghanistan and has just arrived to start a new life in America.

The trailer opens with Riley greeting Al at the airport upon his arrival in the U.S. “I want to see everything,” says Al, “Washington, DC, Las Vegas, and what’s the name of that place that sells peanut butter and brings it to you on a forklift?”, to which Riley replies, “Costco.” The trailer also introduces Elizabeth Alderfer as Riley’s sister Lizzie; Dean Norris as Riley’s father, Art; Kelli Goss as Riley’s ex-wife Vanessa and Farrah Mackenzie as Hazel, Riley and Vanessa’s daughter.