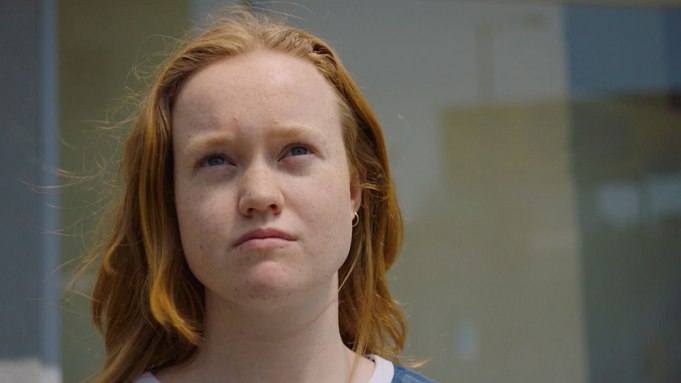 EXCLUSIVE: Here’s the engaging first trailer for drama Under My Skin, which gets its world premiere today at the Raindance Film Festival in London.

The story follows Denny, a free spirit and artist who falls for Ryan, a strait-laced lawyer. When Denny questions gender, their love is tested.

“At this point in history, the casting of trans, gender-diverse and non-binary characters with people of lived experience, is not only a social responsibility of film-making, but is also a moral imperative in the task of uplifting trans and gender-diverse stories, voices, and representation,” said O’Keefe, who also identifies as trans and non-binary.

They continued: “When we move towards greater trans and gender-diverse authorship, we move towards authenticity, belonging, and a valuing of the differences, similarities and intricacies that make up trans experiences. The ensemble cast structure for Denny was a step in this direction, one that intuits a vast and often under-appreciated resource—that is the knowledge, expertise, and wisdom that is inseparable from lived experience.

“Much can be said for the communities and individuals from which these stories arise, and have always arisen. When we consider the theoretical, social and embodied manifestations of what it takes to navigate such experiences within the world and current climate, we begin to acknowledge the great erasure, and over-sighting of what it means to bring such presence, grace and fearlessness into the living, loving and continuing knowing of each another, and also ourselves.”