Netflix To Require Covid Vaccinations For Actors & Other "Zone A" Personnel On Its U.S. Productions
Read the full story
May 26, 2020 9:00am 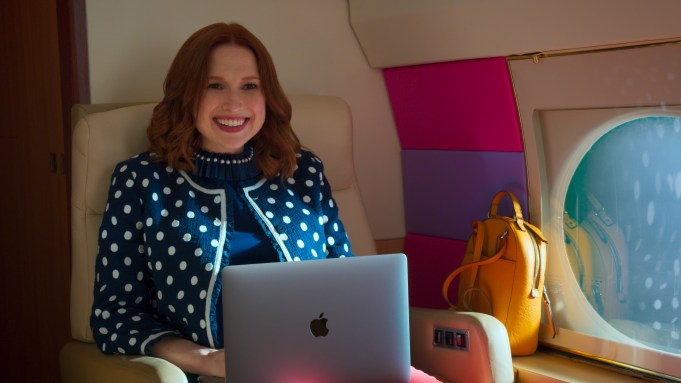 EXCLUSIVE: There’s a certain generation that is very familiar with a series of books that was filled with “Choose Your Own Adventure” stories — and that concept was reintroduced to a whole new generation with Netflix’s Unbreakable Kimmy Schmidt: Kimmy vs. The Reverend, an interactive special that took a cue from Black Mirror: Bandersnatch.

The special, which was essentially an encore following the fourth and final season of the comedy, debuted May 12 and gave fans the opportunity to play God of the Kimmy-verse and dictate what Kimmy (Ellie Kemper),Titus (Titus Burgess), her fiance Frederick (Daniel Radcliffe)  and the rest of the gang — and show creators Tina Fey and Robert Carlock took us behind the scenes to show us the complex technological science that went into the comedy special.

The story kicks off with Kimmy prepping for her wedding to Frederick and while doing so, she finds a “Pick Your Own Journey” book (how meta) in her trusty backpack Jan and doesn’t know how it got there. The plot thickens as she realizes the book was checked out from Louis Gossett, Jr. Junior High School after she went into the bunker leading her to believe that there may be other girls missing. As a result, she must confront the Reverend (Jon Hamm) in prison to get some answers before she gets married.

In the exclusive behind-the-scenes video, Fey, Carlock, Kemper, Radcliffe show director Claire Scanlon and others give us a peek at how Unbreakable Kimmy Schmidt became the first comedy to use the “branch manager” technology to push comedy to places its never been before.

Fey explains that “branch manager” is essentially like a DNA chart where you plug in the story outline and that creates “choice points” that we come across during the interactive special. It sounds super-complicated because it is. Fey also points out that while a normal episode of Kimmy Schmidt would be about 34 pages, this interactive special tallied 178 pages of scene work.

For Fey, The special was a great way to give the series one final hurrah. Kemper added, “I’m sad to say goodbye to this character but I think it’s leading on to the next thing by embracing this new innovative way of telling a story.”

Watch the behind-the-scenes featurette above.