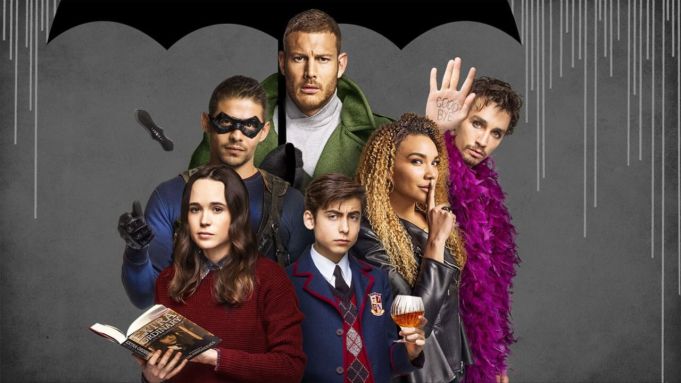 A new sneak peek of The Umbrella Academy sees season two start off with a blast.

The opening scene, which Netflix dropped Wednesday morning, features Aidan Gallagher’s Number Five touch down in Dallas. While searching for his siblings in the Lone Star state, the super-powered human sees the beginnings the Cold War unfold before him as the Soviet Union and the United States begin carrying out their first attacks against each other.

As the teaser progresses, Frank Sinatra’s iconic voice rings out, scoring a montage of high impact combat scenes between the two opposing world powers and the Hargreeves family fighting against their adversaries. The season two opening sequence concludes as a mushroom cloud blooms and reveals the show’s title card.

Season two of The Umbrella Academy, which Netflix announced in May, hits the streamer on Friday July 31.

In 2019, The Umbrella Academy ranked third on the list of Netflix’s most popular series of the year and was one of the only three series to crack the streamer’s overall top 10 list of its most popular 2019 releases.