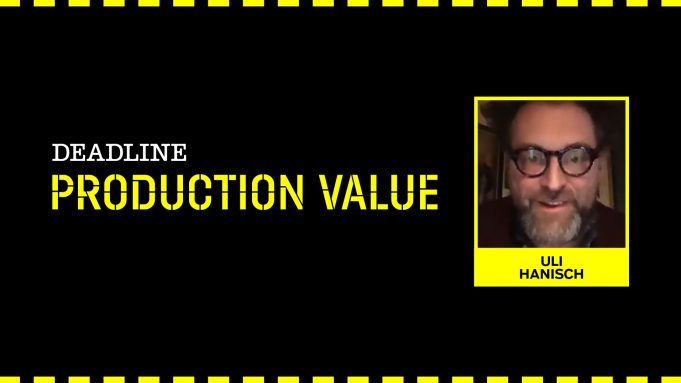 On The Queen’s Gambit, production designer Uli Hanisch’s task was to tap into the “dream world” of a singular personality, mapping out at the same time an itinerary for her globetrotting chess adventure.

The character he was examining was Beth Harmon, an introverted orphan (played as a teenager and adult by Anya Taylor-Joy) who turns out to be a chess prodigy. Over the course of the ’50s- and ’60s-set series—created by Scott Frank and Allan Scott, based on Walter Tevis’ novel of the same name—we see Beth stun everyone as she rises to the top of the chess world, while battling drug and alcohol dependency.

Known for projects including Cloud Atlas and Babylon Berlin, Hanisch came to the project via William Horberg, with whom he first worked on the Tom Tykwer film Heaven. When the executive producer first approached the German production designer, he was looking for a European location that could serve as home base for production.

Ultimately, most of the show was shot in Berlin, because of the incredible visual “diversity” inherent to the German capital. “Because of the history of the city of Berlin…we have all these very different kinds of town halls and conference halls, and whatever kind of places. Also then, of course, the Eastern part and the Western part,” Hanisch explains, in the latest episode of Production Value. “The Western part was very influenced after the [Second World] War by American architecture; the Eastern part had all these Russian influences. So, we have all these very different places.”

In Berlin, he would be able to recreate chess tournaments from Las Vegas to Mexico City, to Paris and Moscow, guiding viewers through countless visually distinct stops on Beth’s “interior-driven” journey “from one hotel to the other, and from one tournament to another.”

“I think the tournament places were the most important part of the whole deal, to say, ‘Look, we have a bunch of these really strange and unusual places. We can turn them into these tournament halls, and we can really come up with a route, because the whole thing is like a road trip for her,'” Hanisch says. “‘We can really go from one place to the other, and every place is extremely different to the other. We can turn it into something very specific and really tell the story of how the world is getting bigger, how different it is and how she gets more involved in all that.'”

In crafting Beth’s world, the designer was also thinking about the role her subjectivity plays in shaping the narrative. “You never really know how much Beth would really know about the world around her. At one point, we were thinking about if she was aware of the Kennedys, or whatever would happen at that time,” he shares. “She is so far away from the world outside that she barely recognizes it.”

Of course, Hanisch would need to anchor his designs in period research, despite the fact that he’d previously recreated “almost every decade in the 20th century” on other projects. At the same time, there would always be a sense of heightened aesthetics, as well, given the nature of the story he was telling, and the character he was following. “It’s much more [Beth’s] kind of strange, special, dream world, so we decided we’d approach the whole thing more like a fairy tale and step away, in a way, from reality,” the production designer says. “By doing this, we can take any kind of liberty and artistic freedom to show the world as we like it, in terms of what we think is the best way [for] Beth’s [point of view].”

The choices Hanisch made in set design were only accentuated, from his perspective, by the “melancholic view” of cinematographer Steven Meizler. “In his light, everything always looks a bit painted,” the designer says, “and has a very strange and strong mood.”

While perhaps all of the series could have been shot in Berlin, a number of exteriors for scenes set in the U.S. and elsewhere were shot in Toronto. In the production’s five shooting days there, they shot on downtown streets, as well “the neighborhood street of the Wheatley house” where Beth grows up, after her time in the orphanage. This, Hanisch says, was a choice he made a case for. “Because we were finding all these great places [in Berlin], everybody was asking, ‘Don’t you think we can find everything else?’ [But I said], ‘We shouldn’t do that,’” he says. “‘Because we are faking so much it here, and stretch all those limits so strongly…we should have, as a counterweight, a very strong and believable part which is clearly American.’”

Since The Queen’s Gambit’s debut in October of last year, it has become an unexpected and enduring pop culture phenomenon, bringing Hanisch and his team the Art Directors Guild Award for Excellence in Production Design (Television Movie or Limited Series), among other accolades. For the production designer, who first stepped onto a film set in 1987, its reception has been nothing short of miraculous.

“Still, till today, it’s the most amazing thing for me. When the whole miracle started, I was blown away, and I still really don’t know exactly what we did here. I’ve never had this before, that blogs and people are discussing the wallpapers we used, stuff like this,” he says. “It’s really amazing. In a way, I think maybe by chance, all of a sudden we did everything right.”

While Hanisch can’t quite explain how a series centered on chess blew up the way it did, he also notes that projects like The Queen’s Gambit are those he loves working on the most—the ones that keep him excited about the career he’s pursued.

“What I love about this job is you have a great story, a fantastic character. I could immediately get in touch with this character and feel her,” he says. “It’s a nice period. Every place is kind of sensational, and you’d never have to do a boring office or something.”

While Hanisch loved all the sets he got to bring to life, he equally enjoyed the creative team he got to work with. “You never have enough money, but honestly, we had enough money to do this, so we could do, in a way, everything we wanted,” he says. “Even though this was very hard work, it was just pure joy and pleasure to do this.”

For more from our conversation with Hanisch, check out the video above.