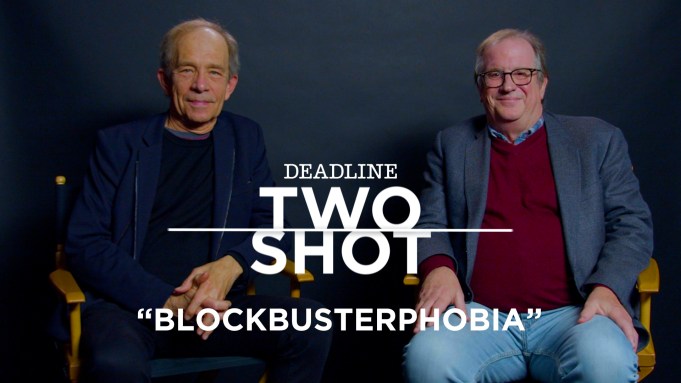 Editor’s note: Deadline presents the fourth episode of Two Shot, a video series in which Pete Hammond and Todd McCarthy tackle the artistry of films. Each has reviewed and written about the craft for decades and built a remarkable breadth of knowledge of films past and present. What we hoped for when we asked them to do this was a concise, mature, thoughtful conversation comparable to what we saw when Roger Ebert and Gene Siskel were alive.

This week the focus is on Hollywood blockbusters, the kind of crowd pleasers that keep the lights on at the studios but regularly are ignored when it comes to awards and Oscars because voters rarely nominate them in the coveted Best Picture category. We explore why this is more of a recent phenomenon than one in the history of movies, especially the 1950s and ’60s, even the ’70s, where bigger was better when it came to Best Picture winners and nominees. From the not-so-hot Cecil B. DeMille epics like The Greatest Show on Earth to perfection like David Lean’s Lawrence of Arabia and The Bridge on the River Kwai, these were large scale box office successes that often also defined the Academy’s taste in Best Pictures.

So what happened? And can this new year bring a sea change where suddenly voters get some sort of religion and nominate exceptionally well-made examples of “bigness” like blockbusters Spider-Man: No Way Home or the latest Bond, No Time to Die? Both of those movies represent franchises that never have gotten near a Best Picture nom, but both are also basic “culminations” in their own way.

We also talk about how big musicals fell out of favor after previously having decades where they dominated the Oscar conversation. This is a very good year for the return of the genre, and Steven Spielberg’s first-ever musical West Side Story so far is picking up a lot of awards buzz, to name just one. The 1961 original became Oscar’s most honored ever in the genre. Can history repeat itself, or can a big budget and big scope again kill a film’s chances to get into the rarefied atmosphere of Oscar’s prized Best Picture contest? It ought to be easier because this year the rule of 10 nominees is back in place again. We shall see.