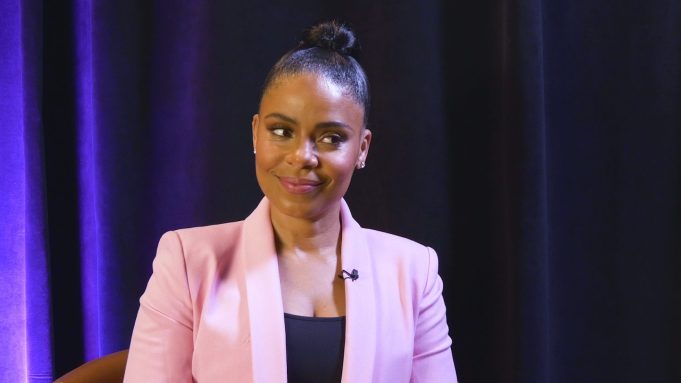 It’s awards season again and, as the Emmys and more loom, Next Generation TV is back. Like in previous years, this season brings in-depth conversations with the some of the best new talent on the small screen, and a few well-known names taking on new challenges. Watch the video interview with Sanaa Lathan today and join us each Tuesday for the next nine weeks for the latest installment.

“When the script came to me, I was so excited to read it,” Sanaa Lathan said about her The Twilight Zone episode from Jordan Peele’s revival of the classic series. “The script, which was written by Selwyn Hinds, was so beautifully written and it basically is this women’s emotional journey into the Twilight Zone.”

“It’s entertainment, but also possibly it will get people talking, it will get people reflecting,” Lathan says in our Next Generation season opener. The episode, titled “Replay,” harkens to seminal elements of the Rod Serling-created franchise with its tale of threat, race in America, the power of time and family. “I feel it’s time to be blunt,” The Affair actress adds of the Gerard McMurray-directed episode that debuted April 11 on CBS All Access.

Of course, the Tony-nominated Lathan has had a wide zone in her career, a swath that cuts from the Broadway stage in A Raisin in the Sun to leads in Alien vs. Predator and Love & Basketball, to the voice of Donna Tubbs in The Cleveland Show and Family Guy, the Shots Fired miniseries and the Netflix film Nappily Ever After, which she produced as well as starred in. Although the streamer doesn’t release viewing figures, the Haifaa al-Mansour-directed movie certainly has become a talking point since its September debut.

“I just feel so lucky to have found my passion early on,” Lathan told me of the various types of roles she has taken on over the years. “I love acting and, for me, the fun is in the variety of all of these different characters and perspectives.”

For more of her unique perspective, take a look at our conversation in the video above. And see you next week.