Continue to Deadline SKIP AD
You will be redirected back to your article in seconds
Skip to main content
November 30, 2018 3:17pm 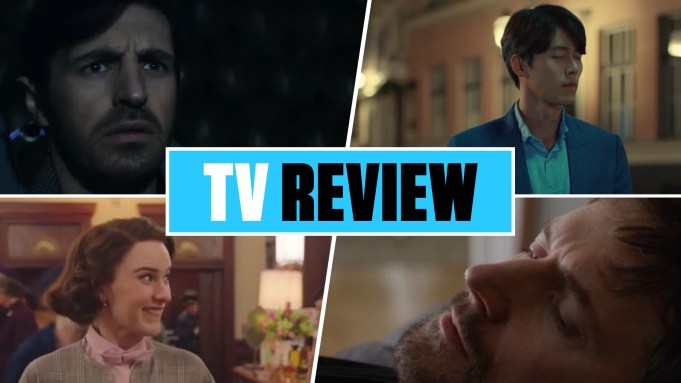 Besides the show you have to watch, there are three things you need to know about the top TV to tune in for this week. One, variety is the spice of life; and two, if you don’t know your jewels, know your jeweler.

There are some shiny genres jumping with tomorrow’s launch of Memories of the Alhambra on Netflix, the Season 3 opener of Berlin Station on Epix and the debut of Nightflyers on Syfy on Sunday, and the return of Emmy winner The Marvelous Mrs. Maisel for a second season on Amazon on December 5. And if you want to know who the winner is you have to watch the video review above.

With a new episode every week on the streamer, the 16-episode Korean fantasy romance Alhambra is another top Korean offering from Netflix with some of the Asian nation’s biggest stars like Park-Shin-hye on board. In a deft move, Memories of the Alhambra is debuting in Korea on December 1 too, just a little bit ahead of its worldwide Netflix launch. On screen, the mainly Spain-set Alhambra created by Jinnie Choi and Lee Ayung-han has a certain charm that can best be described as partially Crazy Rich Asians meets Ready Player One, for better and worse.

Having previewed at New York Comic-Con last month, Syfy’s Nightflyers is an important component of the NBCUniversal-owned channel’s plan, along with the upcoming Deadly Class, to take off in a deeper dramatic direction. Based on a novella from Game of Thrones creator George R R Martin, the series showrun by Jeff Buhler will be rolling out night after night and on various platforms beginning December 2.

It’s an ambitious tactic for the thriller, led by Eoin Macken, David Ajala, Gretchen Mol and Jodie Turner-Smith, about a terror-filled trip through space to a last-ditch alien rendezvous. However, while Nightflyers lacks the grandeur and budget of the Emmy-winning HBO series, it has many of the ensemble textures. That’s especially true when it comes to the sheer blood flow that we’ve come to expect from Martin’s work. Having said that, the deliberately insane-making series could have done with less of an ongoing homage to Stanley Kubrick’s classic The Shining and other masters of horror.

Intense as always, Epix’s Berlin Station is back for its third season Sunday with uncanny geopolitical timeliness once again.

Launching on December 5, the second season of Amazon’s subversive screwball comedy The Marvelous Mrs. Maisel shows that if the show is succeeding, going bigger sometimes means better. Now a year into her new life both onstage as a downtown NYC comedian and a 1950s single mom, Rachel Brosnahan’s once Upper West Side housewife Midge Maisel is living a very different dream.

Yet, where many would have run out of steam after the award-winning whirlwind of the first season, creator Amy Sherman-Palladino keeps up the razor-sharp Maisel scripts. Though there could have been much more of Midge’s blunt manager played by Alex Bornstein, the Gilmore Girls boss successfully doubles down this season with greater production values, trips to Paris, new potential partners, and musical numbers. Plus — and clearly putting down bread crumbs for Season 3 — there’s a deep exploration of other characters including Midge’s mother Rose (Marin Hinkle) that open up new veins to mine.

So, with all that in mind, check out my review above to see which one of this feast of shows you have to watch this week. And tell us if you agree.