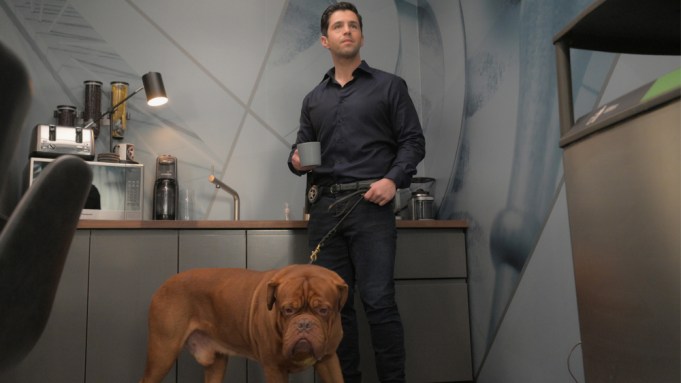 Meet the new Hooch, about the same as the old Hooch.

Here’s the first trailer for Turner & Hooch, the Disney+ series based on the 1989 Tom Hanks cops-and-slobbers. Watch it above.

Fast-forward three-plus decades: Hanks’ Detective Scott Turner has left us, and his kid (Josh Peck) is an ambitious, buttoned-up U.S. marshal. There’s a knock on young Scott’s door, and suddenly Junior has himself a giant, drooling French mastiff. “Your father wanted you to have Hooch,” Mom tells him. “He rescued him from the shelter. He said it was almost like the original Hooch came back.”

Chaos begins immediately as Hooch II begins to destroy his new apartment then is an expected ride-along on a pursuit that ends, well, in chaos. Enter Erica Mouniere (Vanessa Lengies), the quirky head of the U.S. Marshals dog training program. That’s when Scott realizes the dog “behaves for everyone but me.”

Turns out, though, the pet he didn’t want might be the partner he needs.