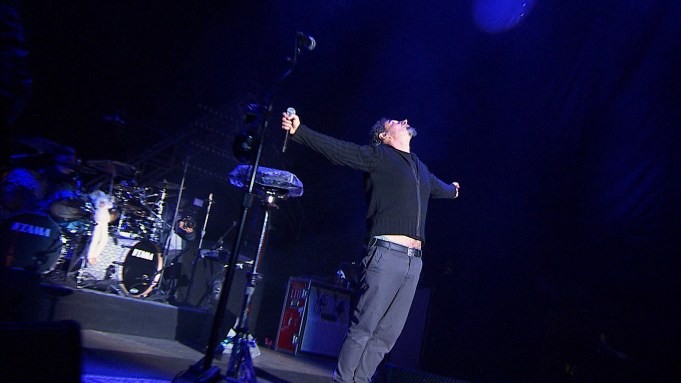 Here’s the first clip from Truth To Power, director Garin Hovannisian’s (I Am Not Alone) feature doc chronicling Serj Tankian, the lead singer of metal band System Of A Down. Tankian’s music and outspoken social justice activism has influenced large-scale political movements, including 2018’s Velvet Revolution in his native Armenia which successfully ousted an oligarchic regime.

The project comes from Live Nation Productions, which also has Dave Grohl’s From Cradle To Stage in the works and previously produced docs Gaga: Five Foot Two and Justin Timberlake + the Tennessee Kids, as well as the Oscar-winning A Star Is Born.

The doc also features appearances from System Of A Down band members John Dolmayan and Shavo Odadjian, the band’s manager David “Beno” Benveniste, filmmaker/journalist Carla Garapedian, Rage Against the Machine’s Tom Morello, and record producer Rick Rubin. The film was slated to premiere at Tribeca before the fest was cancelling due to COVID.

Endeavor Content is handling worldwide sales on the doc at the Cannes virtual Marche this week.