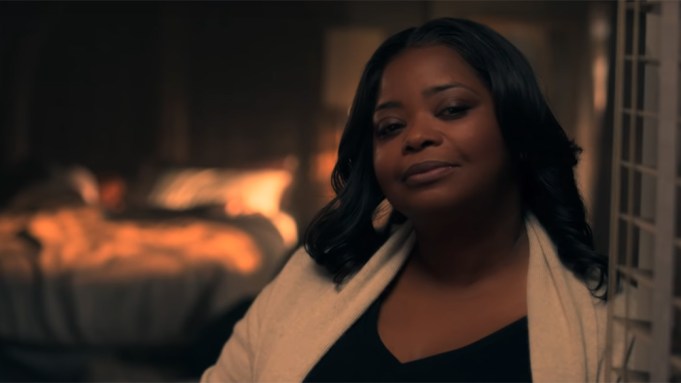 “I have to get to the truth of what happened that night,” says Octavia Spencer’s Poppy Parnell in a voiceover at the beginning of the first-look trailer for Apple TV+’s limited series Truth Be Told. “I am for truth no matter who tells it, I’m for justice no matter who it’s for, or against,” Spencer continues.

That is the crux of the story behind Truth Be Told, starring Spencer, Aaron Paul and Lizzy Caplan.
Created by Nichelle Tramble Spellman, the thriller drama series follows podcaster Poppy Parnell (Spencer) as she is compelled to reopen the murder case that made her a national sensation and comes face to face with Warren Cave (Paul), the man she may have mistakenly helped to put behind bars. Her investigation navigates urgent concerns about privacy, media and race. Elizabeth Perkins, Michael Beach, Mekhi Phifer, Tracie Thoms, Haneefah Wood and Ron Cephas Jones also star.

The Apple TV+ subscription service launches on November 1 in over 100 countries and regions.