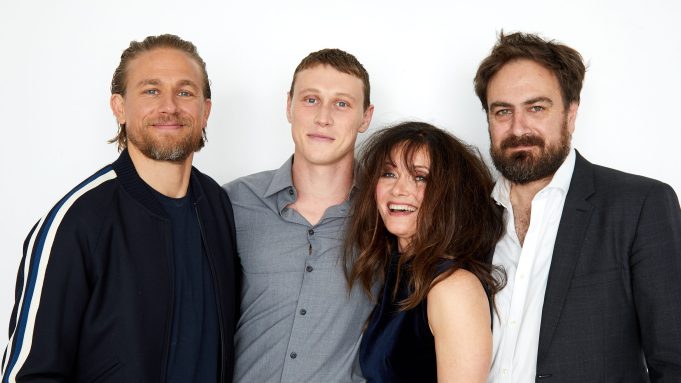 The full story of Ned Kelly and his outlaw family isn’t widely known outside of Australia, despite several attempts to tell the story onscreen, notably a 1970 version starring The Rolling Stones’ Mick Jagger in the lead. After sitting out festival season with 2016’s videogame adaptation Assassin’s Creed, Justin Kurzel returned to TIFF with his attempt to put the record straight: based on Peter Carey’s 2000 book of the same name, True History of the Kelly Gang is a loose biopic of the armed robber who was executed by hanging in 1880, aged just 25.

“In Australia, he’s made out to be a beacon,” Kurzel explained with he stopped by the Deadline Studio. “[His image] was at the beginning of our opening ceremony at the Olympics. The right-wing use him as a kind of icon. He’s been kind of stolen by everyone as something that is Australian, and I was really curious about why we place a certain sense of who we are on him. He was a kid, when he died, and there was something about poking at the mythology of him that I thought could be really, really interesting.”

To play Ned, Kurzel chose a Brit: Captain Fantastic’s George Mackay. “My dad’s Australian, and there [were] all kinds of family ties,” Mackay recalled, “so when it all came together, the opportunity of auditioning for the story and playing this part was amazing. But after auditioning for Justin in the room, and talking about the possibility of the character, and reading Peter Carey’s book, it all changed. Because I was just seeing all the surface-level things of this icon of Australia, [and I wanted to know] who this man really was. Without getting too heavy, what’s truth?”

To find out more about the Kelly Gang, click on the interview.