Continue to Deadline SKIP AD
You will be redirected back to your article in seconds
Skip to main content
April 2, 2020 12:44pm 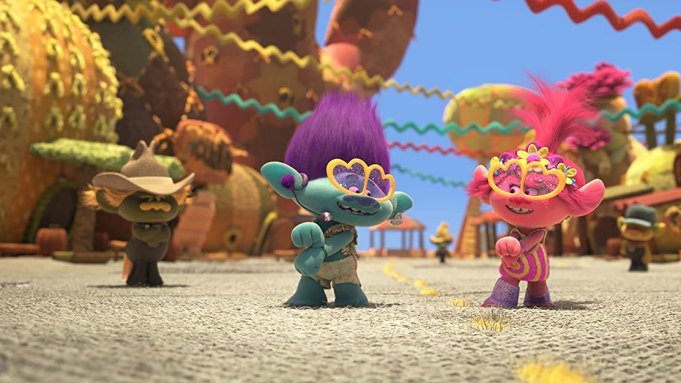 In what is considered an anomaly in the industry for an on-demand rental title (not sellthrough): Dreamworks Animation/Universal’s Trolls World Tour is now available for pre-order on FandangoNOW in advance of the pic’s April 10 availability date.

While pre-orders for sell-through titles like Bad Boys for Life are quite common, that’s not the case with VOD rental titles.

Originally, Trolls World Tour was expected to take the place of MGM’s No Time to Die over the Easter weekend at the box office, but when the COVID-19 climate began to heat up, Uni opted for a 48-hour rental scenario on Trolls World Tour (in addition to playing whatever theaters were open, which are only a handful stateside).

For those who rental Trolls World Tour on FandangoNOW they can rent or buy any of the toons from the DWA library at 50% off regular price. The pre-order offer is valid until April 9, and those who preorder the title can enjoy the DWA film discounts through April 17.

“We’re looking forward to working together with DreamWorks Animation on this first-of-its-kind event where housebound film fans can gather around the couch for the highly-anticipated debut of a new movie directly from the studio,” says FandangoNOW Head Cameron Douglas. “We’re also pleased to offer an extra incentive where families can watch as many DreamWorks Animation movies available on FandangoNOW as they like at a major discount, while getting ready for the April 10 home debut of ‘Trolls World Tour.’”

The first Trolls movie in 2016 from DWA earned $346.8M at the global box office and spawned a franchise with consumer products and TV series, plus Timberlake’s hit song “Can’t Stop the Feeling”. That single was dropped six months in advance of the pic’s November opening, ultimately going quadruple platinum with over 7.6M units sold in the U.S. as well as setting other records.