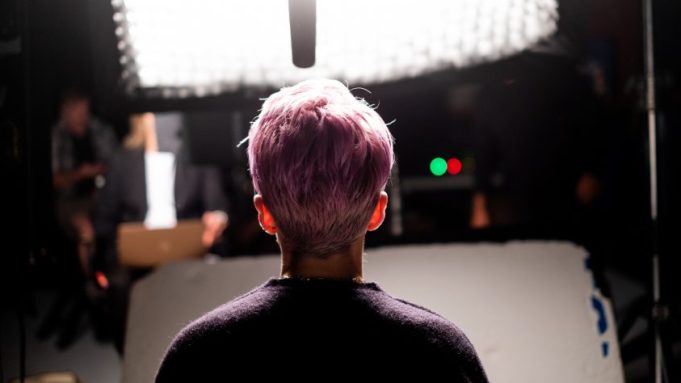 There’s not much question the U.S. Women’s soccer team is the best in the world. They’ve proven that in competition.

On Thursday, the team won its latest match, an “international friendly” against Nigeria, as it ramps up for the Summer Olympic Games in Tokyo. Next up, on July 1, is another friendly against Mexico. The women’s team has won four World Cups and four Olympic gold medals.

“They play a really dynamic, incredibly skilled game,” notes filmmaker Andrea Nix Fine. She and her filmmaking partner and husband, Sean Fine, directed the documentary LFG, making its world premiere at the Tribeca Festival Thursday night. The film by the Oscar-winnng couple, co-founders of social impact studio Change Content, explores the long effort by the women’s national team to win a victory off the pitch—to be paid equally with their counterparts on the men’s national team.

The film rewinds to 2019 when the 28 members of the women’s team dropped a bombshell shortly before the start of the Women’s World Cup, filing a class-action, gender discrimination lawsuit seeking equal pay.

“In some ways this lawsuit is very complicated and in some ways it’s very simple,” Nix Fine said during an appearance in Deadline’s virtual Tribeca Studio. “The simple side is equal pay for equal work. What the women were filing [suit] for was to be treated economically, and working conditions offerings, the same as the men’s team. It had never been done historically that female athletes had ever sued their employer to be treated the same as male athletes.”

The United States Soccer Federation, which governs both the women’s and men’s teams, has opposed the women’s legal efforts at every turn. At one point, USSF argued the women didn’t deserve to be paid as much as the men because the male players are stronger and faster (the organization backed off that claim after a public backlash).

In total dollars, the women have earned more than the men, but the filmmakers argue that needs to be understood in context.

“The women and men have different labor agreements so that’s when you can kind of get into the weeds pretty quickly. But what they [the women’s team] maintain is that they were never offered the men’s deal to turn down,” Nix Fine said. “They have to win absolutely every highest accolade, World Cups, Olympics, everything, to be able to be paid even a little bit more than the men.”

“The men have never won a World Cup. And this isn’t to say anything bad about the men’s team,” Fine said. “To me, as a sports fan, there’s just no comparison. [The women] put in so much work and so much effort to get where they are and we got to see that firsthand as well. You get a true appreciation of how hard they work to get what they deserve.”

“There’s a lot of misunderstandings about the economics,” Nix Fine noted. “The women’s team actually brings in more revenue for U.S. Soccer. They’re their dollar earners… This is an undeniable claim that they have.” [The US. Soccer Federation tells Deadline it disagrees with a number of the comments made by the filmmakers during the panel discussion, including the characterization of revenues generated by the women’s team].

LFG will become available for streaming on HBO Max on June 24. The title comes from a rallying cry of the women before they run onto the field: “Let’s F***ing Go!”

“What this film does is that it very much takes you on the inside of what it feels like to be these players, these women, this collective force, who are part of a sisterhood, who have been asking to be treated more fairly economically by their employer for decades,” Nix Fine explained. “This is not a new ask.”

“They speak from a very personal place,” Nix Fine noted. “And they work on this lawsuit like a second job and have for years.”

“We hope it pushes U.S. Soccer to come back to the table,” Fine added, “to talk to the women, to look at how they can solve this problem amicably, together, and move on. I think that’s what the women want.” [The U.S. Soccer Federation says it has a “standing offer to meet with the team, and they have refused” unless the federation makes up the difference between FIFA World Cup prize money paid to men and women. The federation says it has no control over FIFA’s prize money policies].

Watch the full conversation in the video above. The Deadline Studio is sponsored by Verimatrix.