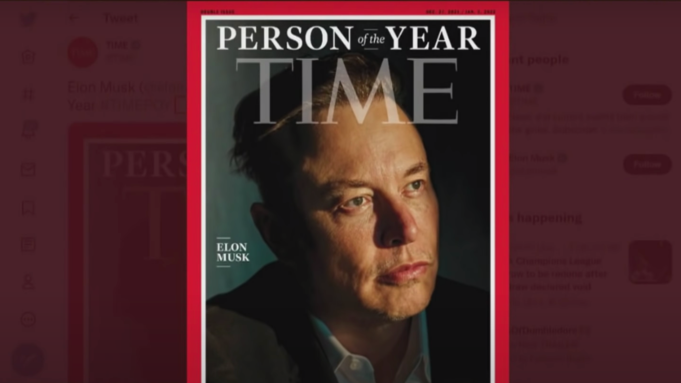 Trevor Noah had some thoughts about Time magazine’s “Person of the Year” on tonight’s edition of The Daily Show.

Speaking about not just this year’s winner, Elon Musk, but pondering past persons of the year Mark Zuckerberg, Donald Trump and Rudy Giuliani, Noah asked: “Why is it that Person of the Year always goes to the weirdest person?”

He continued, “I sometimes wonder, if aliens came down, I don’t know if I want these guys representing our race. You know, the aliens would be like, [in robot voice] ‘Your species needs to be exterminated.’ “

Noah did concede that Musk’s win was well deserved.

“Honestly, you can’t argue with this,” explained Noah before listing the Tesla founder’s accomplishments. “I mean, richest man in the world, who also controls space, crypto and electric cars? Ha.

“I mean, who would even be second place?” he asked. “Like maybe Pete Davidson?”