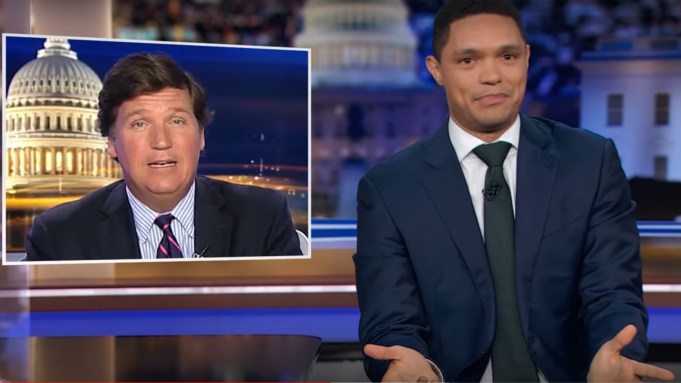 Trevor Noah took a jab at Fox News hosts Tuesday on The Daily Show and what he sees as the “suspicious” timing of their vacations after they make controversial remarks.

“That timing seems suspicious, but who knows — maybe lots of people leave for fishing vacations on Wednesday nights at 9 p.m.,” Noah said. He was referring to Tucker Carlson’s announcement last week that he’d be taking time off, which came shortly after he called white supremacy a “hoax,” a comment that sparked widespread criticism and loss of some advertisers. Fox News claimed Carlson’s trip was preplanned.

Of all the sudden vacations, though, Noah said Bill O’Reilly’s was “the greatest of all time” because he never came back amid a sexual harassment scandal.

“Honestly, these emergency vacations are such a staple for Fox News, I wouldn’t be surprised if they had their own travel agency,” said Noah, before running a spoof “Fox Vacations” ad with the tagline “Relax. This will all blow over.”