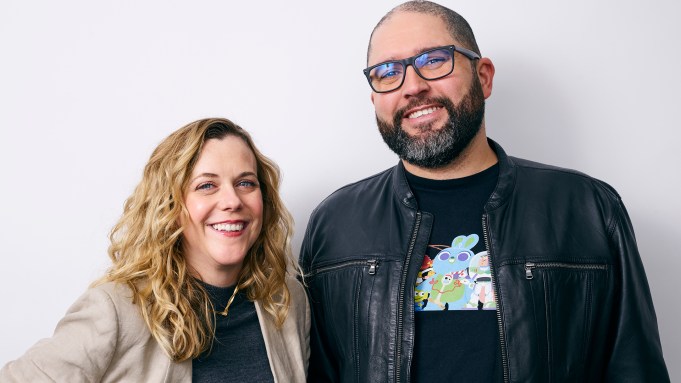 It’s hard to believe, but the Toy Story franchise turns 25 in 2020. In that time, the original CG animation hit has only generated a modest three sequels. Luckily, in this instance less means more: the fourth outing for Woody, Buzz and company has been a hit with critics and audiences, rating over 90% fresh for both camps on Rotten Tomatoes.

During a panel at Deadline’s recent The Contenders New York, director Josh Cooley quipped that it had been an easy ride. “Well, as we know, sequels just get easier and easier the bigger the number gets,” he said, laughing. “I’m joking, of course. It actually gets harder because you feel like you’ve done everything already.”

Joining him on the panel at the DGA Theater packed with Academy and guild voters was Stephany Folsom, who co-wrote the script with Pixar’s Andrew Stanton. Folsom agreed with Cooley, saying, “The story has been told to a certain point and there are only several directions you can go into it with it. And I think what was really like the groundbreaking moment for [Toy Story 4] was when Andrew Stanton came forward and said, ‘Guys, Woody’s story is not finished yet.’ And I think that’s what opened it all up.

“Because at the end of Toy Story 3 — I’m going to ruin Toy Story 3 for everyone, sorry — the toys go with a little girl, Bonnie, and Woody gives up his chance, essentially, to go to college with his kid, Andy, and that’s a big sacrifice. … And while he’s still with his family there, that’s not the place he chose to go. He gave up his dream for the other toys. So finishing off the dream for Woody was what really [the idea that launched] Toy Story 4.”

Cooley also talked about the discussions that went into the film’s new locations. “Every single Toy Story film starts or takes place in a place where toys exist naturally,” he said. “So, a kid’s bedroom, a toy store, et cetera. And so one of the first things we thought about was, ‘Where can we place this film?’ We thought about a dentist’s office, [and we thought about] carnival toys. We’d never done carnival toys. I thought, ‘Oh, they have the worst existence of any toy—they’re just bait, right? They just hang there, trying to get with a kid, and then they get packed up and moved to the next town when they lose.’ ”

Next, they came up with the idea of the antique store. “Antique stores always have toys of all different eras,” Cooley noted. “And so [we thought], ‘Oh man, we could really expand the world by having toys of different eras, different types—just stuff we’d never seen before.”