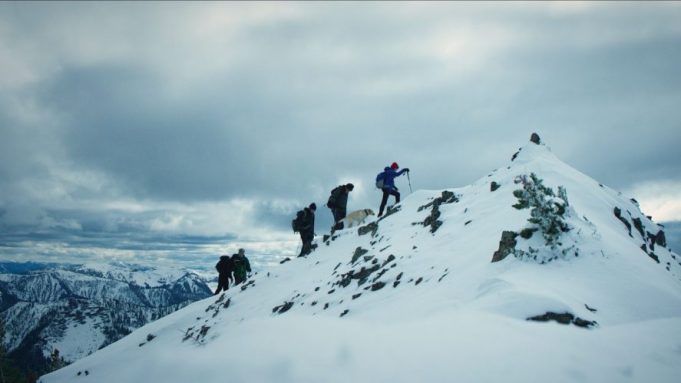 EXCLUSIVE: Tragedy struck in the Tibetan Himalayas on October 5, 1999, when an avalanche claimed the life of two Americans, including Alex Lowe, a mountaineer considered perhaps the foremost climber in the world.

It was an incalculable loss for the climbing community, but something worse for the family Lowe left behind: wife Jennifer and their three young boys, Max, Sam and Isaac. Max, who grew up to be a filmmaker, attempts to come to terms with his father’s death and all that happened after it in the National Geographic documentary Torn.

“Do you have any memories of dad?” Max asks his younger brother Sam in the new trailer for the film. Sam replies, “Honestly, all that I have to describe him as is basically what he did.”

Max, who was 10 when his father was killed on Shisapangma, one of the tallest peaks on Earth, was old enough to have spent more quality time with dad than his younger siblings did, and therefore suffered the loss all the more intensely. As the film explores, it was also harder for Max to accept a man who became an ever greater presence in their lives after Alex Lowe’s death—Conrad Anker, a fellow mountaineer who had accompanied his best friend Alex on that fateful climb and had nearly lost his own life in the avalanche.

Anker, stricken with grief and a sense of guilt of having survived the disaster, spent more and more time with the Lowes after Alex was lost on the mountain. Over time, he and Jennifer became closer; they fell in love, eventually married, and Anker adopted the Lowe boys as his own sons.

“You were upset with me at first,” Jennifer Lowe-Anker tells Max in the film. “You didn’t take to Conrad like your brothers.”

The searing, personal film will be released in theaters on December 3.

“I will never make another film in my life quite like Torn,” Max Lowe said in a statement. “I have poured my soul into this intimate story of my family’s loss and redemption. To be able to share that with audiences across the world is a very special opportunity”