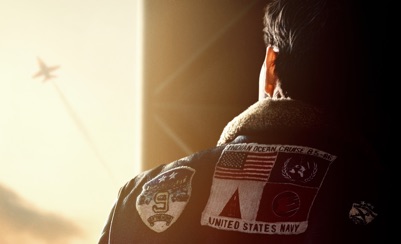 The trailer for Top Gun: Maverick has soared into view, and it’s everything Top Gun fanatics could hope for. Not just planes and grins, but barroom singing, the leather jacket (don’t bother asking what leather jacket) and even what seems to be a quick shot of shirtless beach volleyball.

Paramount dropped the trailer today (watch it above), on the same day that Tom Cruise made a surprise Comic-Con appearance to plug the years-in-coming sequel.

The trailer begins with lots of jet footage, and a familiar-sounding voice intoning about someone’s 30 years of service without a promotion. “You should be at least by two-star admiral by now,” says Ed Harris, “yet here you are, a captain. Why is that?”

Cut to Cruise, whose Maverick responds, “It’s one of life’s mysteries, sir.”

From there we see quick shots of the aforementioned, nostalgia-soaked reminders of the old Top Gun, though with newcomers Jon Hamm, Miles Teller and Glen Powell, among others.

It all builds to Harris saying, “The end is inevitable, Maverick,” to which the top gun says, “Maybe so, sir, but not today.”

Also in the cast are Jennifer Connelly and Lewis Pullman.

Top Gun Maverick opens on June 26, 2020. In addition to the trailer, Paramount released the film’s poster: