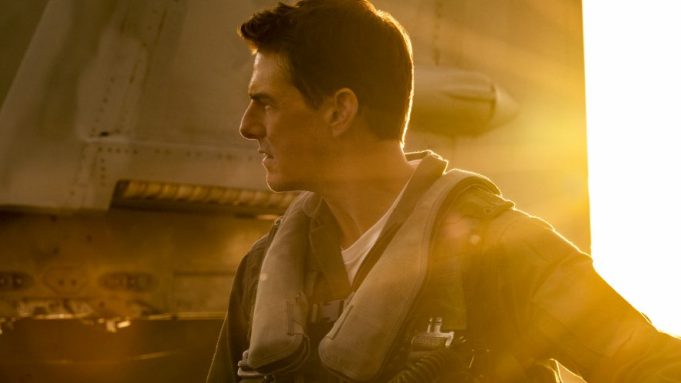 Tom Cruise eventually took off during the Big Game today. Word was that the final touches were coming together for the Super Bowl trailer for his June 26 Paramount/Skydance sequel Top Gun: Maverick.  Cruise has typically had a presence during previous Super Bowls with trailers for his Mission: Impossible movies and he’s made no exception here for the second Top Gun.

In the new trailer, we see Cruise reprising his role as the titular pilot from the iconic 1986 film. He’s definitely in the cockpit doing his thing amidst as voiceovers build intensity. We hear Miles Teller’s character say, “My dad believe in you — I’m not going to make the same mistake.” For fans of the original, Teller is the son of Goose, Maverick’s partner from the original. Another voice says, “The end is inevitable, Maverick” as we see Cruise do some more high-flying moves before it ends ominously.

The first trailer was unveiled at San Diego Comic-Con last summer when Cruise made a surprise appearance following the Terminator: Dark Fate panel.