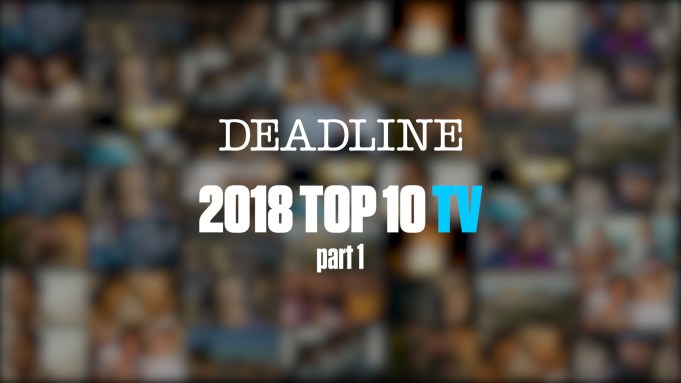 SPOILER ALERT: This video contains details of some of the greatest series that television had to offer this year. You have been warned you might not find some of your picks here

There is no two ways about it, 2018 was one for the history books when it came to the small screen.

With just a sliver of the overall ceiling-shattering 495 original scripted series eligible, that still meant that there was a lot to choose from when it came to deciding what were our Top 10 best new shows of 2018. The literal and figurative hangover might still be lingering but now that Christmas is in the rearview mirror, it’s time to reveal the first part of the Top 10 with my picks for numbers 10 through six.

You’ll have to watch the video above to see who made the grade, but, I’ll tell you right now, it’s a varied lot. There are some unconventional choices and some international choices that you may disagree with or even question outright, as is absolutely your prerogative.

However, remember this was also a distinctly unconventional year that saw the long planned end to FX’s great Cold War series The Americans, the last note of Amazon’s award-winning Mozart in the Jungle, the exit of Andrew Lincoln’s Rick Grimes and Lauren Cohan’s Maggie Green from AMC’s The Walking Dead and the sputtering conclusion of Netflix’s House of Cards. Absent any Game of Thrones, this year also witnessed the sudden demise of Marvel’s Luke Cage and Daredevil and the death of Brooklyn Nine-Nine on Fox followed soon afterwards by the comedy’s upcoming January 10 resurrection on NBC.

Add to that, the fact that among scripted series, Netflix, Amazon, Hulu and Apple overtook the Big 4 and cable for the first time, and you have a year that was both revolutionary and a culmination of shifting programming and viewership tectonic plates.

So, as Ted Sarandos, Jeff Bezos, Bob Iger and Rupert Murdoch will tell you, forget the traditional rules of TV. They’re gone in a puff of new multi-platform realities.

Yet, with that in mind, once you watch the Top 10 Best New TV Shows of 2018 Part 1 video above, drop me a suggestion or prediction or two on Twitter (@DeadlineDominic) as to what series should be #1 when we reveal the Top 5 on December 28. Talk soon!