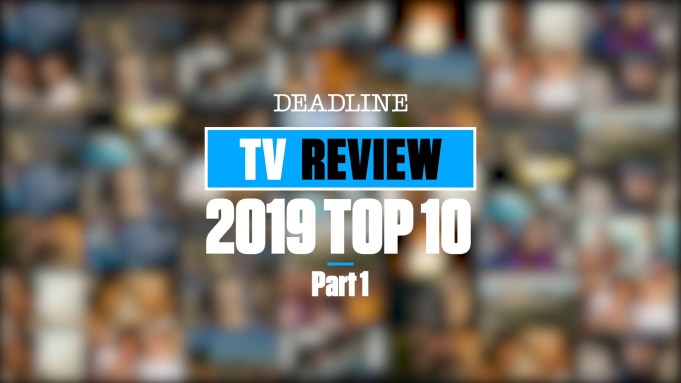 SPOILER ALERT: This video contains details of TV series that aired in 2019.

History is always ultimately created in hindsight, even on television. Yet the fact remains that even though this year isn’t completely over, it is clear that almost everything changed for the small screen in 2019 – and I’m not taking about the controversial end of Game of Thrones. It is why the first part of Deadline’s Top 10 New TV Shows of the year is a bit unconventional, a bit out of this world, and certainly wide-ranging – as you can see in the video above with my picks for number 10 to 6.

In a year that saw about 520 original series up and down the dial and online, the fiery spring conclusion to the multiple-Emmy-winning HBO blockbuster GoT, based on George R.R. Martin’s writings, was far from the only story of the small screen.

In 2019 and in the decade ending, the big story was streaming, which has brought a revolution to the way we consume the ever-increasing amount of content available, and the business of content creation and distribution. From a scattering of originals just six years ago, Netflix is now the largest TV network in the world and around the world. Already facing off against the deep pockets and deep talent (hello Phoebe Waller-Bridge!) of the world’s richest man and the media arm of his Amazon everything store, as well as The Handmaid’s Tale home Hulu, the Reed Hastings-run Netflix has seen the competition grow fiercer in recent months with more to come in 2020.

Led by Star Wars spinoff of sorts The Mandalorian and its Baby Yoda phenomenon, the full force of the House of Mouse flicked the streaming switch in November with the well-subscribed and technically challenged Disney+ launch. That superpower addition to the cutthroat streaming wars had been preceded less than two weeks earlier by the heavily promoted premiere of Apple TV+ and the first of many anticipated original series from the Tim Cook-led tech giant.

Now controlled by Disney, Hulu has been supercharged as the online home for FX shows and originals like the Cate Blanchett-led miniseries Mrs. America, as well as the more mature fare of the Bob Iger-run empire. Of course, as CBS All Access adds more Star Trek with the debut of Star Trek: Picard next month, next year will see behemoth WarnerMedia enter the arena with HBO Max and its arsenal new and old, and NBCUniversal’s Peacock take flight too.

With that digital clash on the horizon, take a look at Part 1 of Deadline’s Top 10 New TV Shows of 2019. I think you’ll find some surprises, but I also think you’ll see nothing but quality in the selection. To that, the added benefit in a number of cases is that the series I selected have already been renewed for second seasons, so there is more excellence to come.

Before we announced the Top 5 and who is number No. 1, send me some suggestions you have. You can reach me at dominicpatten@deadline.com or via my Twitter feed at @DeadlineDominic. As in past years, your perspective and suggestions are incredibly insightful. We would also love to know what you think of today’s Part 1 list and some farewells we included too.

Have a great New Year’s Eve!