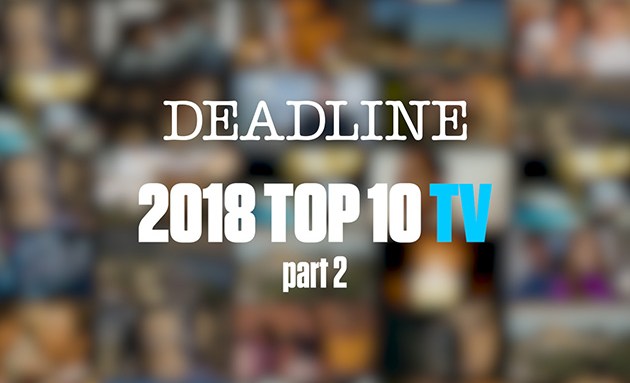 SPOILER ALERT: This video contains details of some of the greatest series that television had to offer this year. If you don’t want to know what Deadline’s Chief TV Critic thinks are the Top 5 New Shows of 2018, don’t click on the video above.

If things continue as they are right now in the nation’s capital, it looks like the United States of America will dramatically be ending a record shattering year of television with the federal government still shut down – all of which makes a binge or two a perfect way to start 2019.

To help with that and with some politics of our own, today we present the conclusion of Deadline’s Top 10 New Shows of 2018 and the number 1 series of the year.

No spoilers. You’ll have to watch the video above to find out.

However, in a year that saw about 495 original scripted series, we already revealed what my picks for the tenth to sixth best new shows were on December 26 in Part 1. Starting with USA Network’s Unsolved: The Murders of Tupac and the Notorious B.I.G. at number 10 to the ninth season of AMC’s strongly reset The Walking Dead at number 9, the tie of Netflix’s The Letdown and Babylon Berlin in the eighth spot, Showtime’s Benedict Cumberbatch starring Patrick Melrose at number 7 and FX’s remarkable Pose in sixth place, the first part of the Top 10 was an exercise in small screen excellence.

And you ain’t seen nothing yet – though, of course, you probably have seen most of the shows that make up the Top 5 revealed in today’s video.

Adding to the post-Christmas treats, I’ve also included several 2018 honorable mentions and three shows you don’t want to miss in 2019, in addition to the eighth and final season of Game of Thrones.

So, just like I said last year, click on the video above to discover who made our Top 5. If you agree (or disagree) with the selection, drop me a line – you can reach me on Twitter at @DeadlineDominic.

And have a Happy New Year!