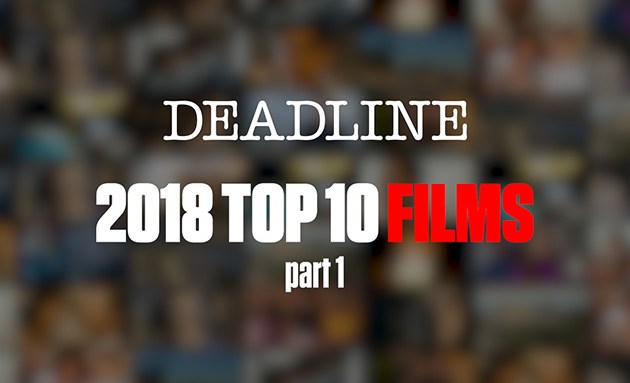 It’s the end of another year, and I must say a pretty good one for movies of all stripes. So it is time for my Top 10 Movies of 2018 to be unveiled, as usual over two different days and in two parts. Today it is Part 1 covering numbers 10 up to 6 on my list. I have to say I am not a big fan of separating these artists by numbers but that seems to be the way the game is played. Everyone loves a winner so that is what we’ll do as we count down to 2019 by counting down to the film I will reveal as my personal favorite of 2018. You will have to wait until New Year’s Eve for that (as well as all of the top 5), but today let’s get that ball rolling with the bottom half of the Top 10 (you’ll have to watch the video to find out).

By this time we have been inundated with critics’ 10 best lists and critics’ awards, but don’t expect a carbon copy of those here. I try to be representative of different categories of movies, as well as making this Top 10 list the movies that moved me most, made a lasting impact on me, struck me in many ways that I can still channel the good vibes I had about them immediately after seeing them, as well as how they still affect me (seven of them I have seen more than once at this point). To be certain 2018 was a good year for film in that respect, and actually I could easily come up with an alternate top ten without missing a beat. Don’t hate me if your favorite is not on this list, or if movies critics are supposed to go gaga over aren’t on this list either (although gaga is definitely a part of it). Some of the films here aren’t necessarily the “best” by definition, but rather by what they attempted to do, and how successful they were in doing it. Some are on it simply because they remind me of what I always loved about the art and craft of movies, and why I was hooked before I had even seen 10 movies, much less been able to compile a list of them each year.

There are a lot of arguably great movies not on this list (so, sue me), but my criteria was not how they stack up to Citizen Kane, but rather what they said to me in different ways in this dark day and age. Some are on it because they harken back to a time when pure moviemaking magic was not as rare as it is now. Some are on it because they have something important and pertinent, yes even political to say about our times. Some are on it because they came along at just the right hour in a troubled period and maybe remind us of our better selves and what we can aspire to. It was a great year for documentaries and I have included one here to represent them all, even though I could have listed at least five. It was a great year for foreign language movies and I have included one to represent them as well, although I was torn and wanted room for more. It was a great year even for Netflix and the era of streaming and they are represented, even though I still say the theatrical experience cannot be topped. It was a great year at Cannes and there are films that came from there. I love comedy even though it is underappreciated by critics and Oscar voters. You will find several here. I love musicals and there is one of those. Character-driven drama is another favorite and near the top of this list is one of the best I have seen in many years with two great actors at the top of their game

To watch Part 1 of 2018’s Top 10 Movies just click the link at the top of this post. Come back on Monday to check out Part 2 including my number 1 favorite of the year, and let us know what you think.