Continue to Deadline SKIP AD
You will be redirected back to your article in seconds
Skip to main content
January 4, 2022 9:00pm 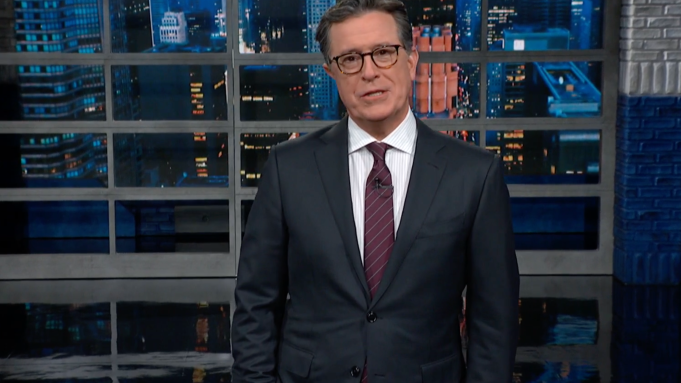 On Tonight’s episode of The Late Show With Stephen Colbert, it’s all about Covid.

The United States has reported one million new cases of Covid-19 which are the highest reported numbers since the pandemic.

To celebrate this alarming disaster, Colbert pokes fun at these statistics as if its some sort of prize.

The number is so large due to delayed reporting over the holiday.

“See it’s not that bad,” the host stated. It’s like when an exterminator says don’t worry, 1000 rats didn’t move into your breakfast nook. Just the one Rat…who over the holiday gave birth to 1000 rats.“

Colbert then played a clip in which President Joe Biden addresses American citizens about the omicron surge and urges them to be optimistic. However, in this video, Biden mentions the wrong year and the late night host was quick to notice.

“A bit of a glitch there! Nothing to worry about. Happens to my phone all the time. Did someone get Joe wet? Just slip him in a bag of rice until he dries out.”

Watch the rest of the opening monologue above.