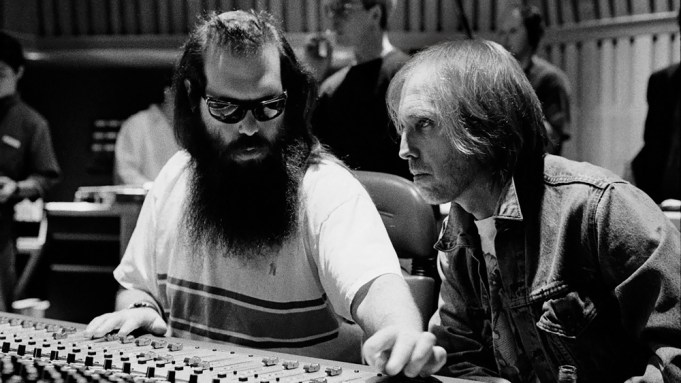 EXCLUSIVE: “You belong among the wildflowers,” the late Tom Petty sang in the title track of his classic second solo album. Now a new documentary captures the years surrounding that remarkable record’s creation and release, and you can watch a clip from Tom Petty: Somewhere You Feel Free above.

Deep-diving into a condensed period of creativity and freedom for the legendary rocker, who died in 2017, the docu will have its world premiere as the centerpiece film of next week’s virtual South by Southwest festival.

Director Mary Wharton illuminates an artist at the height of his powers, providing an intimate and emotional look at an enigmatic icon with archival footage of Petty in the recording studio, behind the scenes on tour with his band and at home with his family.

In the 90-second black-and-white clip, Petty says: “A way of avoiding politics within the Heartbreakers was to just step out of it and say, ‘This is a solo record.’ … If I only made records with the same four people all the time, I’d never meet anyone, I’d never learn, I’d never grow.” He adds later, “I really wanted to be free of the democratic process, but I think it was time to just turn the corner and try to find another place to go, and the result was Wildflowers.”

Released in late 1994 and considered among his best records, Wildflowers was expanded into a four-disc box set released last year. The album boasts radio staples “You Don’t Know How It Feels,” “You Wreck Me” and “It’s Good to Be King,” along with the smoldering, bluesy fan favorite “Honey Bee.” Petty and band played that song — and pop hit “You Don’t Know How It Feels” — on Saturday Night Live shortly after the album’s release, with Dave Grohl on drums. The Nirvana alum later confirmed that Petty offered him a permanent spot replacing Stan Lynch in the Heartbreakers after that show, but Grohl already was working on the first Foo Fighters record.