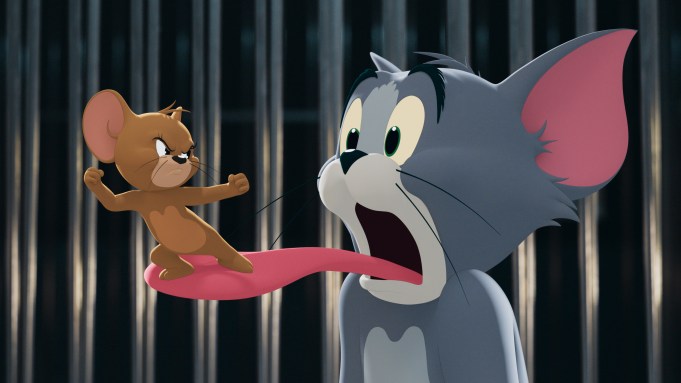 “After a lifetime of being the world’s most famous enemies, Tom and Jerry are about to start over,” the kindly voice-over tells us as Bruno Mars plays in the background. Awwww … right? Yeah, then the cat gets creamed by a bus.

Welcome to your first trailer for Tom & Jerry, the new live-action/toon hybrid from Warner Animation Group that reunites the Hanna-Barbera characters who have been playing their cat-and-mouse game for some 80 years. But now it’s 2020 — will we get a kindler, gentler duo and their doings? Not on your nine lives.

Here is the flogline: One of the most beloved rivalries in history is reignited when Jerry moves into New York City’s finest hotel on the eve of “the wedding of the century,” forcing the event’s desperate planner to hire Tom to get rid of him. The ensuing battle threatens to destroy her career, the wedding and possibly the hotel itself. But soon, an even bigger problem arises: a diabolically ambitious staffer conspiring against all three of them.

Cue the splats, shocks and general mayhem. But wait — this time they’ll be forced to work together to save the day.