‘America’s Most Wanted’ Returning To Fox With Elizabeth Vargas As Host
Read the full story
June 30, 2019 10:08am
3Comments 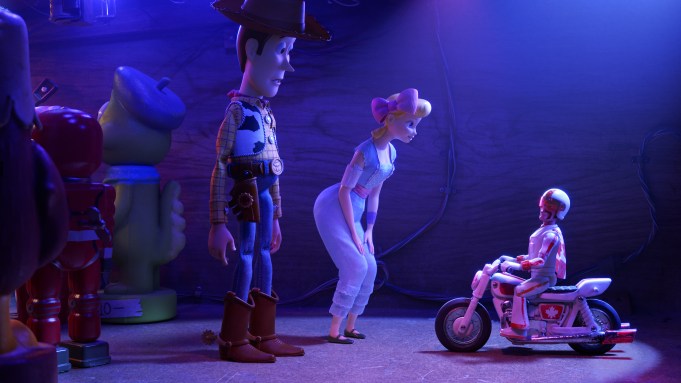 Tom Hanks said he wept when it came time to wrap up his voicing of Toy Story 4 character Woody.

Speaking on “The Graham Norton Show” earlier this week, Hanks admitted that finishing his final lines hit him hard.

“This is the last one, so what’s that like?” Norton asked. “Is it emotional or is it just like another day at the office?”

“It was terrible, it was terrible,” Hanks said. “I started recording Woody in 1991. That’s when we got together to do the first one.”

He added: “You record these things over about four years, and the last session — I thought it would just be odds and ends — but I was in the same studio with the same microphone, and they said ‘OK, great, thanks.’ And just like that, 20 however many years were over.”

“My lip started quivering. You ever do this, when you’re so uncomfortable all you can say is, ‘Well, oh, my my. Oh my, my my my my. Oh, well.’ And the only thing to do was to go and get in my car and drive away.”

Hanks said he reflected on his life in his car after that experience. “I heard the music and the sun was going down, the credits were rolling on my life, everything was done,” he said.

Watch the video for the complete interview.