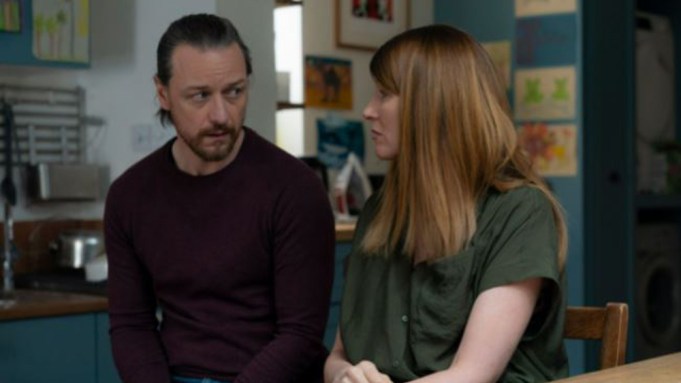 These were five words that roughly zero percent on the population wanted to hear: “They’ve just announced the lockdown.” And for one couple with a rocky marriage, it’s the beginning of the end. Or just the start of the beginning.

“You’ve got the same level of charm as diarrhea,” she says. “In a pint glass.”

Here’s the first trailer for Together, the quarantine comedy from Stephen Daldry starring James McAvoy and Sharon Horgan. A coupla months ago, it might have debuted as something of a period piece for a time capsule — but now it’s potentially all to relevant.

The R-rated pic tells the story of a couple forced to re-evaluate themselves and their relationship during indoor time. But they’re also worried about the effects of the quarantine — and their caustic relationship — on their young son (Samuel Logan). But there are moments of … tenderness?

Bleecker Street, which acquired Together in early July, opens it August 27 exclusively in theaters. Ideally. Watch the trailer above, and here is the key art: