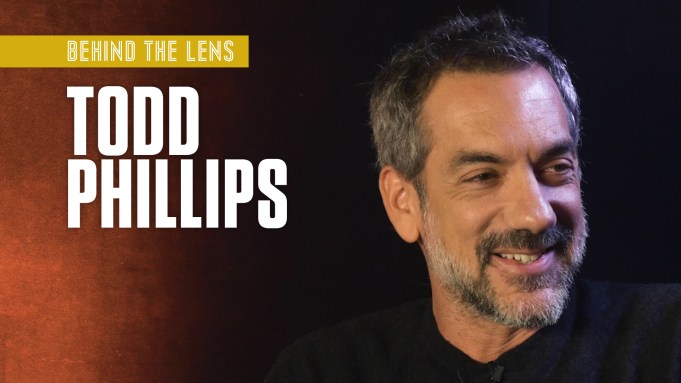 Last week director Todd Phillips saw his DC comic book villain origin movie, Joker surpass the $1 billion mark at the box office  and become the highest grossing ‘R’ rated movie of all time , among other records.  And after an earlier Venice Golden Lion win , it has now also won the prestigious Camerimage Golden Frog, as well as their Audience Award. In addition to picking up Golden lions and frogs,  Phillips has been batting down rumors of a new empire of movies based on that success , and even a Joker sequel hitting the speed button.  There could well be one, but it will take time.  When he visited our Deadline studios to tape this week’s episode of my video series Behind The Lens he told us creatively he was “closed for repairs”.  He talked about the origins of his origin movie, how originally he pitched a whole new label to Warner Bros called DC Black, but instead zeroed in on turning out his vision of Joker, one that he essentially wanted to make because he felt you could get to do smart, dark 70’s/80’s style thrillers in today’s franchise oriented studio world by taking one of those characters and putting them in another milieu aping movies like Taxi Driver and The King Of Comedy  rather than what was being done with other DC movies. It certainly worked.  He talks about wanting to make a movie with a narrow focus, an unsettling and disturbing film that might mirror today’s world, one that especially appeals to international audiences.  He also describes how he got Joaquin Phoenix to sign on, how going from comedies like the Hangover  trilogy was not that big a leap in tone, and also how winning the Golden Lion at this year’s Venice Film Festival is likely the biggest thing that will ever happen to him.  To watch our conversation just click on the link above.