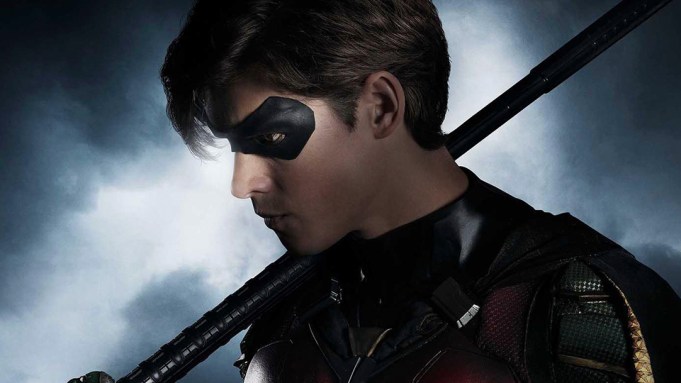 The just-released teaser trailer for Season 2 of Titans on the DC Universe Digital service takes the action to stately Wayne Manor on the outskirts of Gotham City and introduces…a Scottish Batman?

The teaser for the new season, which premieres Sept. 6, gives fans their first look at Game of Thrones alumnus Iain Glen as a grizzled, graying version of Bruce Wayne, and Glen looks great in the part. But the Scottish actor makes Wayne sound like he secretly wears a kilt, not a cape.

In Westeros, Glenn portrayed Jorah Mormont, a man of honor who falls from grace and then finds himself further compromised when love and loyalty test his strength. That made him an intriguing casting choice for the role of Gotham’s favorite son and most famous orphan — but is it just us or does he sound more like the Dark Knight of Glasgow?

Glen’s face is also familiar to fans of Downton Abbey and the Resident Evil franchise. His other feature film credits include The Iron Lady, Lara Croft: Tomb Raider, Kick Ass 2, and My Cousin Rachel.

For the gritty DC Universe series Titans, Glen will be portraying an older version of Wayne. Here’s the official Season 2 character description from the producers: “After decades of fighting crime as Batman, billionaire Bruce Wayne is just as driven to protect Gotham from evil as he was in his prime. Needing to reconcile his relationship with Dick Grayson, the duo hope to forge a new dynamic as Bruce tries to help his former sidekick and the Titans achieve success.”

Titans also features Curran Walters as Jason Todd, the “replacement” Robin who inherits Grayson’s sidekick status after the original Dynamic Duo parted ways. Esai Morales recently joined the cast for Season 2 in the role of Slade Wilson, aka Deathstroke the Terminator, the master assassin destined to become the arch enemy of the young team.

This year marks the 80th anniversary of Batman in DC Comics. A new Batman film is in the works from director Matt Reeves. Batman’s butler, Alfred, is getting his own show with Pennyworth. The Todd Phillips movie Joker reaches theaters Oct. 4.  There’s a Batwoman pilot on the way and a Birds of Prey movie, too.