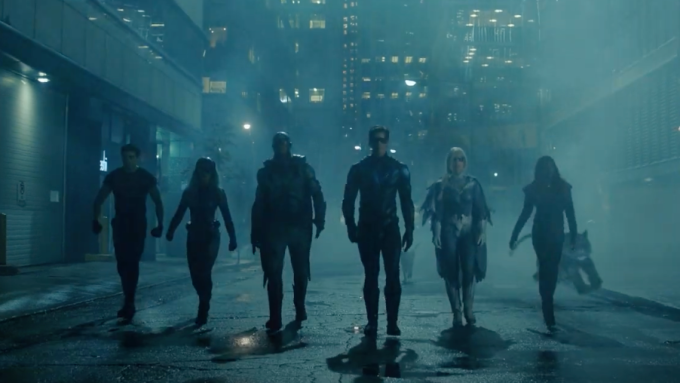 HBO Max’s Titans is all about transition in the newly-dropped Season 3 trailer.

On the heels of Season 2, Curran Walter’s Robin sheds his responsibility and disguise and assumes his more dangerous persona, Red Hood. Scorned by his past for the family he left behind, Red Hood seeks to wage war and chaos in Gotham – just when Batman decides to hang up his cape.

With a new threat on the horizon, Dick Grayson (Brenton Thwaites) must fill his mentor’s impossibly big shoes to keep Gotham safe. Helping him against Red Hood is Savannah Welch’s Commissioner Barbara Gordon, who is also taking over for her father. In their corner is also Jonathan Crane/Scarecrow (Vincent Kartheiser) who will help them exploit enemies’ phobias.

Beyond Red Hood, the Titans face other new threats. Blackfire has returned to fight her sister, Hawk will go head-to-head with Dove and more.

“Where I came from, you come after family, we show no mercy,” Anna Diop’s Starfire says.

Titans is produced by Weed Road Pictures and Berlanti Productions, in association with Warner Bros. Television. Based on the characters from DC, the series was developed by Akiva Goldsman, Geoff Johns & Greg Berlanti, with Johns, Berlanti, Greg Walker and Sarah Schechter serving as executive producers.

Watch the trailer above and see key art below.