Continue to Deadline SKIP AD
You will be redirected back to your article in seconds
Skip to main content
June 14, 2019 1:22pm 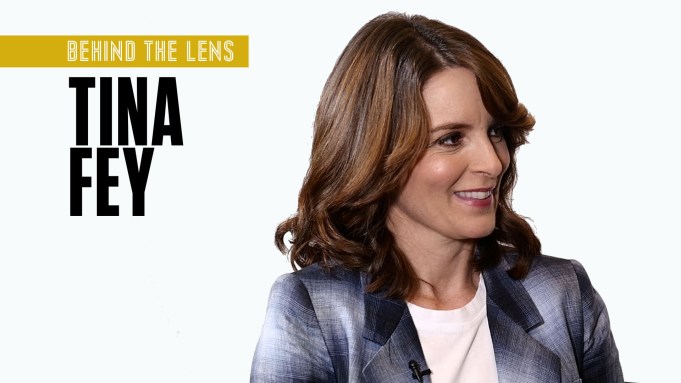 When I sat down in New York City with Tina Fey for this week’s episode of my Deadline video series, Behind The Lens, I started talking to her about how many Emmys she has.  She wasn’t quite sure of the number so I told her I believe it is 9 wins on 45 nominations.  She is likely to add at least one other nomination to that total this year as co-creator, writer and Executive Producer of the Netflix comedy series The Unbreakable Kimmy Schmidt which is in its fourth and final season and has amassed 18 Emmy nominations to date.   It is but one of many behind the scenes accomplishments for this talented star of SNL, 30 Rock , and movies like Date Night,  This Is Where I Leave You, Whiskey Tango Foxtrot , and of course Mean Girls which she also wrote and then adapted into a smash hit Broadway musical that earned 12 Tony nominations.   At heart Fey is most happy as a creative force of numerous projects which makes sense for someone who got a big break in becoming the first female head writer ever for Saturday Night Live.  We talk about that,  the origins of Kimmy Schmidt as an NBC series  that morphed instead to becoming the first original comedy series on Netflix,  why she loves the streaming format and the freedom it provides, her future at NBC and broadcast TV in general  , and how being in Second City taught her how to survive failure and always to say ‘yes’.   We also talk about how this “final ” season of Kimmy Schmidt isn’t really the end, as she , her partner Robert Carlock and the team have finished writing an interactive version for a special episode in which fans will be able to determine where the story travels. To watch my conversation with Tina Fey just click on the link above.

To see past episodes of Behind The Lens just go to https://www.facebook.com/BehindTheLensWithPeteHammond/