Continue to Deadline SKIP AD
You will be redirected back to your article in seconds
Skip to main content
January 30, 2020 10:46am 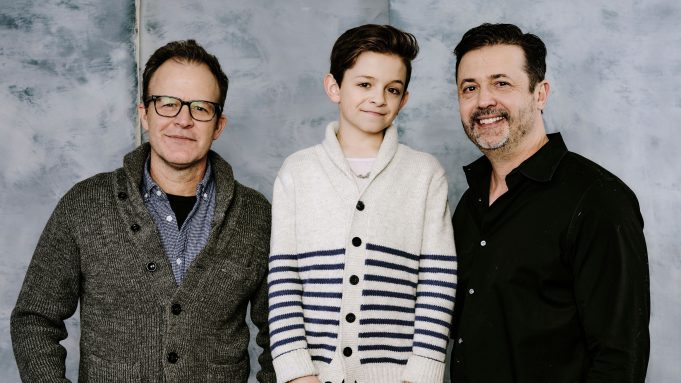 Many years ago, Oscar winner Tom McCarthy was approached with Timmy Failure: Mistakes Were Made, one in a series of best-selling children’s books by Stephan Pastis.

“A colleague of mine, Kate Churchill, put it on my desk and said, ‘I just read this book. It just came out, and I thought it was really funny. I don’t know why,’” the director recalled, in an appearance at Deadline’s Sundance Studio. “I let it sit there for a long time, and then finally I picked it up.”

While reading the book, McCarthy reacted immediately in a way that is uncommon: He began to laugh out loud. “I started reading it to my wife and we were both laughing together,” the director shared. “We didn’t have kids at the time, and we thought, Oh my god. There’s something about the voice of this character that I find very amusing.”

Arriving on Disney+ this year, Timmy Failure centers on an 11-year-old boy of the same name, who is convinced, beyond any shadow of a doubt, that he is the best detective in the city of Portland. Roaming the streets of the city with his best friend and unreliable business partner, an imaginary polar bear named Total, Timmy sets out to solve a number of low-key crimes he’s made up in his own mind, learning along the way a few key lessons about growing up.

Reading the script for Timmy Failure three times when he received it, actor Winslow Fegley was immediately drawn to Timmy’s self-confidence, and the clarity he has with regard to his own identity. “He thinks he’s this amazing detective, and he doesn’t let anyone tell him different,” Fegley said. “I want people to, when they see this movie, take that away from it, and know that they can be confident with who they are.”

For Pastis, perhaps best known as the creator of comic strip Pearls Before Swine, the Timmy Failure book series stemmed from an interaction with a book agent, who proposed that he try his hand at children’s literature. “I thought about it a little bit, and I thought, I would love to do a character who had a profound blind spot. So, he thinks of himself this way, and the world sees him this way,” the writer explained. “And what better than a detective, who’s supposed to be the smartest person in the room?”

Co-writing the script for Timmy Failure with Pastis, McCarthy found it important to get at the humor, as well as the heart, present in the author’s work. “It takes a moment in the books, but there’s a lot of heart in there, once you keep reading and start to figure this kid out, and decode him and his life a little bit,” the director said. “And that’s what a lot of the writing process was, sort of decoding the book and the character.”

For more from our conversation with the director, co-writer and star of Timmy Failure: Mistakes Were Made, take a look at the video above.