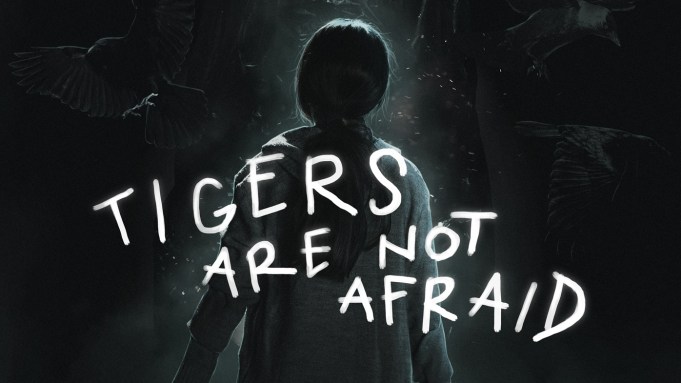 EXCLUSIVE: Here’s the first trailer for writer-director Issa López’s Tigers Are Not Afraid, a contemporary horror fable set against the despairing backdrop of Mexico’s violent drug wars but presented in a way that manages to be grim and modern but also lyrical, evocative, and eerie.

A 10-year-old named Estrella (Paolo Lara) is one of the thousands of orphans of cartel violence but she alone is given a unique chance to rewrite her destiny when she is granted three magic wishes. Will she wish death on the cartel killers who hunt her and her street cohorts? Or wish for justice for her murdered parents? Her choice, unfortunately, is made by her aching grief: Estrella wishes for the return of her dead mother…and gets exactly that.

Shudder, the AMC Networks’ streaming service devoted to horror and thrillers, and its theatrical partner, Variance Films, will unleash Tigers Are Not Afraid on Aug. 23 in select theaters in Los Angeles, New York City, and Toronto. The fantasy-informed parable gets an expanded theatrical release in September which will be followed in short order by the movie’s  premiere on Shudder the same month.

The film is informed by the enduring dysfunction that straddles the U.S.-Mexican border but only in the long-view perspective. That’s because the project was filmed back in 2015 prior to the Trump administration and its hot-button handling of immigration topics. Tigers made its world premiere in 2017 at the genre-centric Fantastic Fest in Austin, Texas.  López, a native of Mexico City and 15-year veteran of the filmmaking industry, was honored with the festival’s “best horror director” award. Four dozen more awards followed at other festivals as López’s film picked up some noteworthy fans who championed it.

The public praise for López’s work came from the likes of Guillermo del Toro, Neil Gaiman, as well as Stephen King, who tweet-gushed: “This is one terrific film, both tough and touching. Two minutes in, I was under its spell.” Del Toro, who dubbed López “a fantastic new voice in the genre,” is now executive producing one of the filmmaker’s forthcoming projects, a supernatural western.

Tigers is Lopez’s 10th film as writer and her third as a director, a reminder that a “new voice” isn’t the same as a novice. The now in-demand López is also developing a musical about Latino culture in Queens, NY, for Paramount Pictures, as well as a supernatural revenge thriller for Legendary. With Tigers, however, López has a film with an aura of cultural urgency with its protagonist portrayal of “lost children” — a  wider constituency that includes youngsters caged in controversial fashion on the U.S. side of the border.

“The stories of these children fighting for survival just across the border, and the dreams and nightmares that follow them, is one that needs to be told now more than ever,”López said. “Fantasy and horror are sometimes the best vehicle to tell the most vital stories. With Tigers, I set out to do just that… and in putting it on the screen Shudder is letting this story be heard. I couldn’t be happier or prouder.”